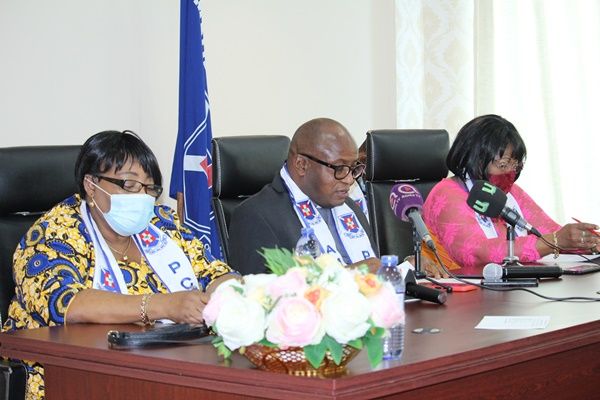 The Presbyterian Church of Ghana has called on the media, the security agencies and the Judiciary to keep their integrity intact in this year’s presidential and parliamentary elections and approach their work with critical sensitivity and a high sense of responsibility.

“The PCG calls on such bodies as the media, security agencies and the judiciary to endeavour to respond promptly, appropriately and fairly to incidents that require their intervention. These are powerful bodies, and therefore, its members are prone to the temptation to misuse power”

The Clerk of the General Assembly of the Presbyterian Church of Ghana, Rev Dr Godwin Nii Noi Odonkor made the call at the at a Press Conference organized by the Church to mark this year’s UN International Day of Peace under the theme “Shaping Peace Together” in Accra on Monday.

The Clerk called on all politicians, especially, Christian politicians to refrain from acts that have the potential to ruin the life of young people and cause violence in the communities.  He said Acts such as buying alcohol and hard drugs for young people in order to misuse them are not only ungodly but wicked and destructive of the foundations of our society.

“In keeping with the same spirit, the leadership of the Church would like to remind all Christians in the country, especially, members of the PCG, of their basic calling in the world as Peace Ambassadors of Christ Jesus, who is the Prince of Peace”

The Clerk said the leadership of the Church had committed all Ministers, lay-leaders and the Youth, Women, Men and all the groups of PCG at the various levels to be Ambassadors of Peace.

Rev Dr Odonkor encourages communities and their leaders to protect the young ones from such immoral politicians.

Rev Dr Odonkor also said in an era of unregulated social media and a curious legitimization of fake news, extra caution has to be exercised by all citizens in their posting and sharing of stories and comments on social media.

“It is important to always double-check before sharing, repeating, or reacting to, posts of political nature on social media” he cautioned.

The Clerk proposed that in order to bring sanity to bear on or national political discourse in the public domain, all the major political players should always send to the media moderates and not extremists as spokespersons.

He said situations where sometimes, political discussions in the media are reduced to a competition for a trophy in the use of intemperate language and the most biting insult of one’s political opponents must stop.

The Clerk also expressed concerned about issue of macho men and thugs which has been a perennial challenge on the country’s political landscape. He said despite promises from the leadership of the various political parties, especially, the New Patriotic Party (NPP) and the National Democratic Congress (NDC), the use of vigilantes appears to continue to be part of Ghana’s political culture.

He pledged that the PCG will mobilize as one big movement to preach the message of peace and say NO TO VIOLENCE during this time of general elections.

“We admonish all Christians in all the political parties not to forget their Christian identity and responsibility even on political platforms. Every betrayal of the cause of peace is a betrayal of the Lord Jesus Christ, the Prince of peace. Anytime, we subsume factional interests above the national interest, we disobey the Holy Spirit who admonishes Christians to be responsible patriots”.

The PCG recently inaugurated a ten member “Peace Ambassadors” under the Presbyterian Peace Ambassadors Campaign Project” towards elections 2020 at the Osu Ebenezer Congregation on Wednesday August 26th 2020 in Accra.