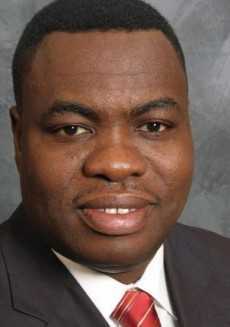 The Presiding Bishop of Victory Bible Church International, Bishop Nii Appiakai Tackie-Yarboi has disclosed that the Church is being attacked through social media.

According to Bishop Tackie Yarboi, all sorts of false stories are being peddled on social media against Pastors and Christians and they are demoralising some people.

“We read some stories about a Pastor committing a crime and you hear all manner of lambasting against the church but later find out that it was acting but the harm has already been done,” he said.

He was referring to the recent viral video of an actor playing the role of a false prophet and causing women to remove their underwear and shaving them.

In a sermon during the Church’s flagship program dubbed "Wonderful Jesus", Bishop Tackie-Yarboi described the act as an abominable thing against the church, advised the citizenry not to believe everything that is published on social media.

Bishop Tackie Yarboi admonished believers not to give up on their dreams but should continue to fight till their dreams come to pass.

Quoting Matt 6: 33 to buttress his point, he explained that God expects believers to seek to dominate on Earth.

‘The kingdom of God is a relationship and God wants us to dominate the Earth but unfortunately we also want to go to heaven. So who will do the work on Earth?’ He asked.

Bishop Tackie Yarboi further advised Christians to stop being lazy and work hard to dominate in their various careers.

The Presiding Bishop finally called on believers to stop behaving like spirits and approach issues like human beings because there is work to do on Earth.