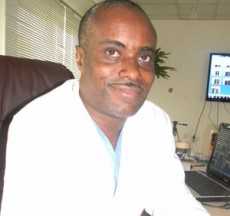 Chief Executive of Advanced Body Sculpt Centre popularly known as Obengfo Hospital, Dr Andoh Obeng, says his prosecution was “maliciously” masterminded by some medical doctors and spearheaded by the Medical and Dental Council.

Speaking to TV3 two days after his acquittal, the medical practitioner suggested his arraignment and subsequent prosecution was needless, claiming it was purely an orchestration of the Registrar of the Council, Dr Eli Kwasi Atikpui.

“There was no need for them to go to court because the whole thing was orchestration; malicious orchestration. It shouldn’t have happened,” he told TV3’s Wendy Laryea in Accra Thursday.

Dr Andoh, popularly known as Dr Obengfo, claimed his accusers, including Dr Kwasi Atikpui, who were running around claiming that he had broken the law, eventually “ran away like chicken” when asked to come and prove with evidence.

The medical practitioner was arrested on December 28, 2016 after the Council alleged he had failed to renew his annual licence to practice and to operate the private health facility.

He was charged for being unregistered practitioner and operating an unlicenced health facility, but was on October 8 acquitted him after the court found the evidence adduced to be insufficient. The court held the charges were lumped together instead of separating them, adding that they were also inconsistencies in the evidence given by the prosecution witnesses.

Speaking for the first time upon his acquittal, Dr Obengfo said the charges were bogus because at all material time, he had secured the requisite licences to operate his facility which is popularly known for body suction.

He claimed the last time he renewed his licence was this year.

“If I did not have a licence they should be able to have proved it in court. I have never worked with an expired licence,” he told Wendy Laryea, indicating he last renewed his licence “through the online registration which is recognised”. He, however, refused to show to our correspondent, the supposed licence, saying the issue was addressed in the court and that “I will not even bother my head to show anything to anybody”.

According to him, Dr Atikpui and his allies who alleged he had no licence to operate and practice eventually abandoned the case to the extent that they could not even be present to listen to the judgement of the court.

“He took me to the police station, he got the police to arrest me, he used more than 20 fully armed police with AK 47 to arrest me…And [the] Republic took me to court and the circuit court asked them to come and prove. He ran away like chicken because he has no evidence,” Dr Obengo claimed.

He described Dr Atikpui as “so malicious, so evil” and asked: “Why didn’t he, Dr. Eli Kwasi Atikpui come to court to prove [the allegation]?”