A Ghanaian self-taught photographer, Michael Aboya, has won the Best Photo of the Year 2019 award at the Agora Awards held in Barcelona, Spain.

Aboya’s striking image of boys enjoying music dubbed “Songs of Freedom” topped all with a grand prize of $25,000.

Aboya’s winning image was chosen from 50 finalists and was voted Best Photo of the Year.

Aboya said the idea for ‘Songs of Freedom’ was birthed while he was listening to Bob Marley’s ‘Redemption Song’. He was propelled to bring the song back to life.

“I moved to the beach a few hours after listening to the song and gathered a group of kids to pose for the camera. A kid in particular had the most expression among them and became the focus of the image,” he said.

Reminiscing the sacrifice he made to follow his passion, Aboya said: “This award means a lot to me since it is a prize for the many years of sacrifice, and following my passion.”

Aboya’s passion for arts and photography began 2014 when he suddenly lost his dad and had to drop out of school. He bought his first professional camera to pursue his passion in photography with the savings meant for his tuition.

Photographs play an important role in everyone’s life. They connect us to our past, remind us of people, places, feelings, and stories. They also help us to know who we are. However, with his photos, Aboya purposes to stir a change in how people perceive Ghana and the African continent.

“I believe that when Black and Indigenous People of Colour tell their own stories, they can present the country and continent differently to the world, showing the love, peace, and harmony, and making the bright side a little bit more, putting the dark side behind it. I created this image to emphasize the fact that we have the power to free ourselves from any form of mental, physical, spiritual and emotional captivity,” Aboya said.

“With the prize money, I’ll be able to invest into my photography by getting gearsIi need. I’ll invest into learning videography, putting my visions into moving pictures, visiting new places I have never been to capture the beautiful people and their colorful stories, support my family and give back to the community of youths,” he added.

The AGORA awards 2019 is in its third year and open to professional and amateur photographers who can join for free, according to Forbes. It recognizes the single most-voted photo of the year, without any photography genre categories. 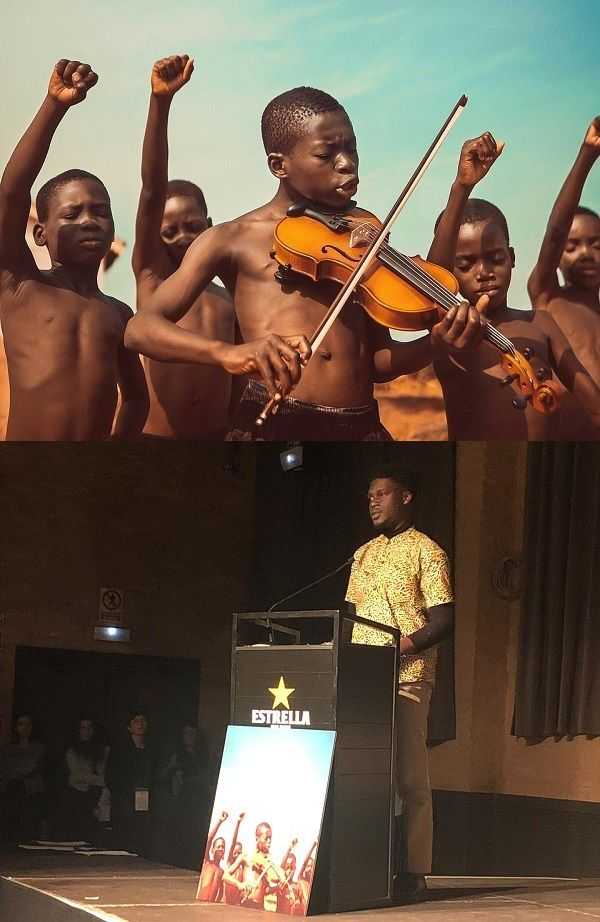