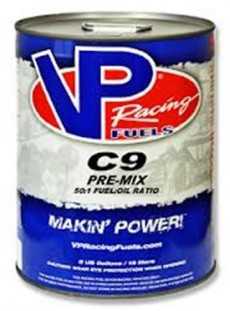 Fishermen in Salakope, a fishing community in the Ketu South Municipality, have appealed to government for the supply of premix fuel.

The fishermen alleged that the premix fuel dump in the area had not had deliveries for over two and a half years and that the situation was impacting negatively on their livelihood.

Mr Quarshie Aborrika, a local opinion leader, said the situation had slowed down fishing and other economic activities in the area.

He said due to shortages at places where they bought premix from, they were compelled to go for petrol and engine oil from filling stations at high cost resulting in their inability to embark regular fishing expeditions.

“Our canoe is most of the time, berthed at the landing beach site here because our operation cost is far outweighing our gains. If we get the premix fuel, better but without it, we run at a loss. I don’t want to talk about the women. They complain about price of fish lately," Mr Aborrika said.

Premix fuel is a blue-dyed, highly subsidised blend of fuel made for use by fishermen as government’s intervention in the fisheries sector.

National Premix Committee (NPC) established in July 2009 oversees the administration and distribution of the petroleum product to dumps at the various landing beaches across the country.

Torgbui Emmanuel Anomoo Tettey, Chief Fisherman and Chairman for Salakope Landing Beach Committee in charge of running the premix fuel station, confirmed the dump had been empty for about 30 months.

He said the Salakope Premix Fuel Station had been owing five oil marketing companies (OMCs):, G & G, Frimps Oil, Infin, Plus Energy and Rural Energy in excess of GH¢80,000 since 2017.

Torgbui Tettey said the situation came about when members of the committee responsible for keeping proceeds from the sale of the product failed to render account and to pay for deliveries received.

He said attempts were made to get Mr Innocent Lartey, Secretary to the Committee (now at large), believed to be in charge of the proceeds to pay but unsuccessful.