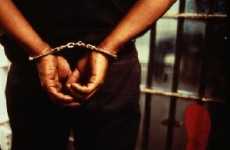 The La District Police Command has apprehended two persons in possession with human parts at Tse-Addo, near La in Accra.

The suspects have been identified as Seth Kofi Laine from Benin and Fred Sasu, a Togolese.

The two were apprehended upon a tip-off in a special operation led by Superintendent Anita Abrokwa, the La District Police Commander, on Friday.

The two were arrested with a human skull, other bones and the bones of other animals.

She said in their statements, the two suspects confirmed that they are fetish priests licensed in Benin, but practising in Ghana.

“The police are currently investigating their backgrounds and their activities and would take them to court after investigations are over,” DSP Tenge stated.