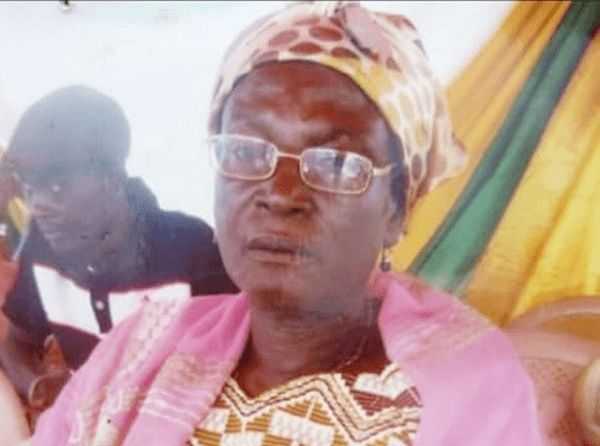 A septuagenarian met her untimely death during the demolition of houses to make way for road construction in Adansi Asokwa, in the Ashanti Region, last Friday.

While clearing the area, the excavator developed a fault and ran into the house around noon, trapping the upper part of the old lady, Maame Ama Hawa, 71, who was preparing fufu at the time.

According to eyewitnesses, personnel from the Ghana Police Service put in a lot of effort to move the excavator and rescue the old woman but she died before they could do so.

According to a relative of the deceased, some personnel from the town council embarked on a demolition exercise in the area that day to clear the path for some town roads, and the house of the deceased was affected.

The relative alleged that they had not been given any prior notice to vacate the house and claimed that the house was not even close to the road.

According to the said relative, the family pleaded for time to look for alternative accommodation but the personnel did not listen to their plea and left, only to return later to start the demolition.

The relative, who is scared of being victimised, said it was during the exercise that the excavator which was being used allegedly developed a mechanical fault and ran into the house, trapping the old lady beneath one of its tyres for more than an hour, leading to her death.

When The Mirror contacted the Adansi Asokwa District Police Command, the Commander, Superintendent (Supt) Fii Otchere, confirmed the incident and explained that an initial investigation indicated that while clearing the area, the engine of the excavator stopped working and because it was on a hill, “it reversed on its own, ran into the house and trapped the old lady beneath it.”

He said the two people who were on board the excavator were arrested but had been released on police enquiry bail.

Supt Otchere said the post-mortem had already been done on the body and was released to the family for burial last Thursday, December 5, 2019.

He, however, hinted that the excavator was yet to be tested by the Drivers and Vehicle Licensing Authority (DVLA), while the docket would be sent later to the Attorney General for advice.