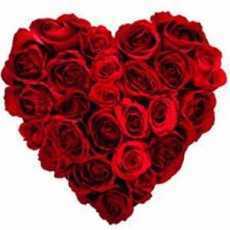 Madam Mary Osei, a resident of Takoradi in the Western Region has expressed worried about the immorality that continued to characterize the celebration of Valentine’s Day.

She suggested that it must be a moment where family disputes were resolved, issues sorted out with problem solved to promote a more coherent society.

The advice come in the wake when some residents of the Sekondi-Takoradi Metropolis are feverishly preparing for Valentine’s Day with the buying of love cards, boxes of chocolate, bouquets of red roses and teddy bears for their loved ones and families to mark the day.

The GNA spoke to some residents in the Metropolis concerning their knowledge of the event and how it should be celebrated and it was revealed that many of them were aware of the day and were busily preparing towards it.

Madam Joyce Ewusi, a provisions seller explained that Valentine's Day was a day where people showed love to one another by the sharing of gifts.

She however was of the belief that more should be done for the needy and unprivileged rather than among people who already have.

Mr. Eric Abbey, a parent advised the youth to be very careful during the celebration and stay away from activities that would put their lives into jeopardy or the integrity into the mud.

He urged them to stay away from sexual activities and rather show mutual love to those in need.

Meanwhile, sales of Valentine memorabilia were shooting according to Madam Aggie a gift stall attendant.

She said the market was better compared to the previous years, because this year’s celebration was going to be on a Friday.

Some customers were excited about the approaching season to celebrate their loved ones and families.

Valentine's Day also known as Saint Valentine Day or the Feast of Saint Valentine, is celebrated annually on February 14 although it is not observed as a public holiday in any country.

It originated as a Western Christian Feast day honouring one or two early saints named Valentinus.

The day is recognized as a significant cultural, religious and commercial celebration of romance and romantic love in many religions around the world.

The celebration is mostly characterized by the wearing of red clothes by celebrants.