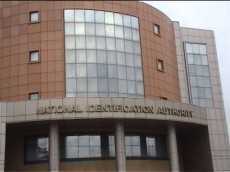 The Executive Secretary of the National Identification Authority (NIA), Processor Ken Agyemang Attafuah, has directed that the mass registration exercise in the Western, Central and Western North Regions be extended by four days.

Thus, the exercise, originally scheduled to end on Tuesday, February, 18th, 2020 in the said regions, would now end on Saturday, February 22nd, 2020.

This was contained in a statement signed by Col. Peter Ghansah, Head of Operations and copied to all District Registration Officers and the media.

The statement said the decision followed a review of the operational performance of the exercise and the challenges encountered since Monday, January, 27th 2020 when the exercise commenced.

It said the decision was also a positive response to requests from various stakeholders for an extension of the duration of the registration exercise in the said regions.

According to the statement, NIA was satisfied that the extension would afford more citizens in the clustered regions further opportunity to register for and receive the Ghana Card.

“NIA is also satisfied that the said extension would not adversely impact the one-year deadline for the mass registration exercise which started in the Greater Accra Region on 29th April 2019”.