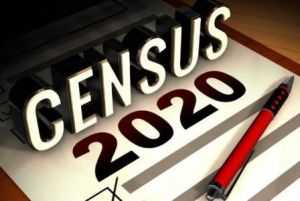 Mr Louis Toboh, Deputy Volta Regional Statistician, has asked the Information Service Department (ISD) in the Region to sensitise the public on the forthcoming Population and Housing Census (PHC).

He said high publicity on the exercise and its relevance was essential for its successful implementation.

Mr Toboh who was speaking at the inauguration of Ho West District Census Implementation Committee (DCIC) said the PHC night would be on June 28, 2020, while the main enumeration would take place on June 29, 2020.

Mr Toboh called on the citizenry to cooperate effectively with the authorities in charge of the exercise to make it successful, saying “we want everybody to be counted.”

He urged members of the committee to adhere to principles that underpinned the exercise and to ensure that they delivered effectively on their core mandate for the country to obtain accurate and reliable data for her developmental plans.

Mr Victor Ernest Apau, District Chief Executive (DCE), Ho West said PHC was an indispensable governance tool required to ensure that good governance and democracy worked for all, and therefore called on the people to avail themselves for the exercise, especially during field enumeration

He said bad census data would negatively affect the socio-economic development of the District and therefore asked members of the Committee to be committed to their duties and discharge them diligently.

“The success of the census in this District depends on the extent to which you diligently execute your task in collaboration with the four-member District technical team….and the seriousness attached to this important assignment,” he stated.

Mr Apau called on traditional leaders to play key roles in the exercise by educating their subjects on the need for the exercise and why they should get involved.