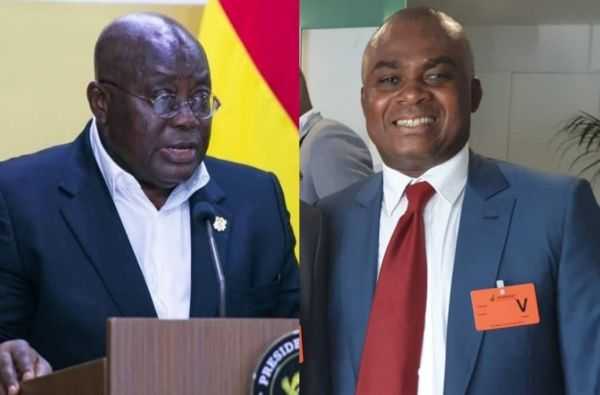 Chairman of Doscar Group Holdings, Oscar Yao Doe has said no one, not even the president has the right to dictate what any Ghanaian posts on social media, because the right to freedom of expression is well enshrined in the constitution of Ghana.

He was responding to the latest address by the President where he revealed his administration's resolve to deal with Ghanaians sharing unconfirmed information on social media. The address followed series of videos of security forces brutalizing some Ghanaians for not obeying the lockdown order given by the President.

In a strongly-worded post this morning, HRH Doe said no one would stop him from doing his personal posts on social media, as long as he does not compromise his credibility. He reminded Ghanaians that their right to write, post, or discuss what they like on their own social media handles is crystal clear in the constitution. Read his full statement below..

I, His Royal Highness, The Colourful And Well Celebrated Oscar Yao Doe, Wish to Respond To President Akufo Addo's Address:

I Thank God For Making Him President, And Mrs Rebecca Akufo Addo, The First Lady.

In Ghana's 1992 Constitution, Freedom of Expression And Association is Guaranteed, It Is Well-Entrenched. No Other Law Can Override That. END OF STORY! The Framers (Writers Of The Constitution) Knew One Day, A Dictator Will Be President And (Would) Want To Dictate How Ghanaians Should Live Their Lives, Especially What They Can Write, Post, Or Discuss on Their Own Social Media Handles. Our Constitution Is Crystal Clear On "Freedom of Expression".

Yes, There Were Overwhelming Evidence of Video Showing The Brutality Of Ghanaians By Security Forces. Have They (The Security Officers) Been Punished? It Is Also True, That Some Of The Videos Are Old, And Not Accurate. But How Can Ghanians Know That (A Particular) Video is Current Or Old? Or It Is Until We Begin To Send Such Videos To The Presidency For Approval Before They Can Be Posted? Ghanaians Wake Up From Your Sleep!

No One Can Control What I Post On My Social Media (Handles). Whenever I Put Up An Information (Later Found To Be Wrong), And My Attention Is Drawn To Such, I Always Correct It For The Sake Of My Own Credibility. That's What Matters Most.

We Are Not In Venezuela. It's Obvious Akufo-Addo Doesn't Care As He Portrayed Himself. Instances Are The Hospitals, Schools, Buses Etc He Abandoned Because It Was Done By Mahama. The Truth!

If Akufo-Addo Wants To Control What People Put on Social Media, He Should Start With His Daughters At Home.Who Arrested Akufo-Addo For His "All Die Be Die Comments" (back then)?

Kojo Oppong Nkrumah Lied On BBC That There Are Life Support Ventilators In Our Ambulances,Yet No One Reported Him For Misconduct.

Ghana Is Not A Police State. It Is Also Not A Property Of Akufo-Addo And His Family, That He Can Dictate How Ghanaians Should Express Themselves On Social Media. It's a No Go Area! Our Constitution Guarantees Freedom of Expression And Association.

(During This) Global Lockdown, It's Not Kojo Oppong Nkrumah Who Is Going To Pay Salaries For My Over 500 Workers in Ghana,Cote d'Ivoire, Nigeria And France. I Am Job Creator, Not a Talker Like Others.