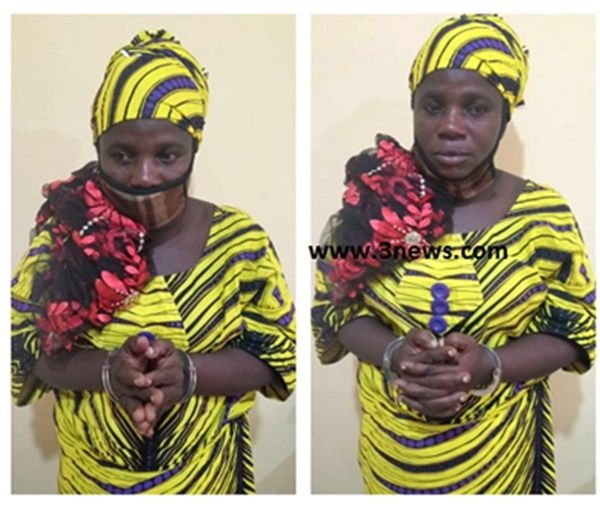 Family of 90-year-old Akua Denteh, who was lynched at Kafaba on Thursday, July 23 on accusation of witchcraft, have commended the police administration for the urgency with which they are putting in the case.

This follows the arrest of the spiritualist, Hajia Serena Mohammed, Latifa Bumaye and other suspects in connection with the death of Akua Denteh.

Spokesperson to the family Salami Mahama is happy with the speed with which police is treating the issue. “As a family, we can’t only thank the [Ghana] Police Service for the urgency with which they have treated the issue which has led to the arrest of these key suspects.”

He expressed trust in the judiciary to also ensure justice is served.

Mr Mahama, however, refuted reports making rounds in the media that the old woman died at the Salaga Government Hospital.

“We hear some reports from other media outlets that our mother died at the Salaga hospital. It is far from the truth and the police can testify.”

Eight suspects have so far been arrested.

The Chief of the Kafaba community, Seidu Yahaya, was the first to be arrested on Tuesday, July 28 after he turned himself to the police but has since been granted bail.

Five others – all male – were also arrested on Wednesday, July 29 following an invitation by the Savannah Regional Police Command.

On Friday, July 31, police in Salaga arrested Latifa Bumaye at Kejewu Bator following a tip-off. She assisted the spiritualist in exorcising the supposed witches in Kafaba.

The latest to be arrested is Hajia Serena Mohammed, the spiritualist at the forefront of the Kafaba lynching incident.

This brings the number of arrests to 8 with the Chief on bail.

Six of them have also been remanded into police custody by the Bole Magistrate Court.

Meanwhile, the spiritualist has been provisionally charged with murder by the Savannah Regional Police Command.

According to the Regional Commander, DCOP Enoch Bediako, the suspect admitted being the one in the video which went viral. “She would be put before court today, August 5,” he revealed.

Three other suspects on the police wanted list for their alleged involvement in the murder are still at large.