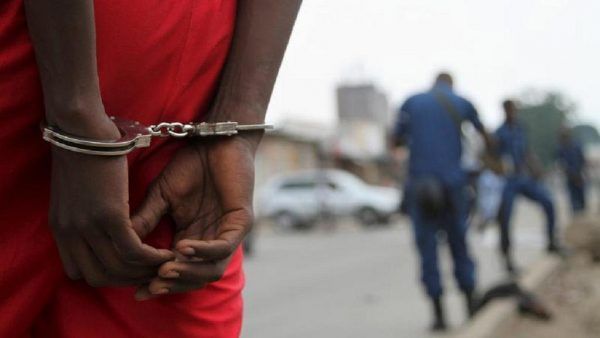 The police in the Northern Region have arrested 13 persons over disturbances, including the killing of one person, during a peace mediation committee meeting at Sanguli-Labaldo in the Saboba District on October 8, 2020.

They include Danaa Nyogma, 25, described as the key suspect who shot and killed Francis Nyaful when some gunmen attacked the mediation meeting at the EP Church at Sanguli-Labaldo.

The Northern Regional Police Crime Officer, Superintendent Bernard Baba Ananga, told the Daily Graphic that the suspects had been put before the Yendi Circuit Court.

He said their pleas were not taken, and were remanded into police custody to reappear on October 28, 2020.

Supt Ananga said investigations were ongoing, and upon conclusion, the docket would be forwarded to the Attorney- General's (A-G) Department for advice and prosecution.

On Saturday, October 9, 2020, the Daily Graphic reported that the Northern Regional Police Command was on the heels of gunmen who stormed a peace and mediation committee meeting at Sanguli-Labaldo, killing one person and injuring another.

The meeting was to foster peace in hotspots in the Saboba District.

The men, who were armed with guns, bows and arrows, attacked members of the mediation committee, and in the process Nyaful sustained gunshot wounds.

Francis, however, passed away while on admission, and his body was deposited at the Yendi Government Hospital morgue for autopsy.

Supt Ananga said Nyogma was identified as the one who allegedly shot Nyaful during the attack.

He said a police patrol team was deployed to the community to ensure that there was law and order, while efforts were made to arrest the perpetrators.