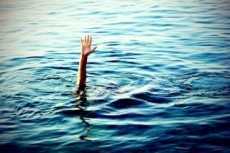 Godwin Agbenorku, a 20-year-old farmer from Lakpo- Agbakorpe in the South Tongu District of the Volta region at the weekend got drowned in the River Lottor at Xavi when the canoe in which they were sailing capsized.

Mr Shine Foster Agorsor, Assembly-man for Xavi Electoral Area within the Akatsi South District said Godwin together with his colleague farmer were crossing the river from Xavi to their okro farm at the other side of the River in a canoe when the canoe capsized.

He said, Etse Agbenyega together with the deceased were struggling to survive but his colleague got drowned and died before he was rescued by members of the community.

"The town folks managed to rescue one but Godwin got drowned before he was rescued," he said.

Mr Agorsor said the deceased and his friend were known Okro farmers in the area.

He said the body of the deceased has since been deposited at the morgue of St. Paul's hospital while Police investigations continue.