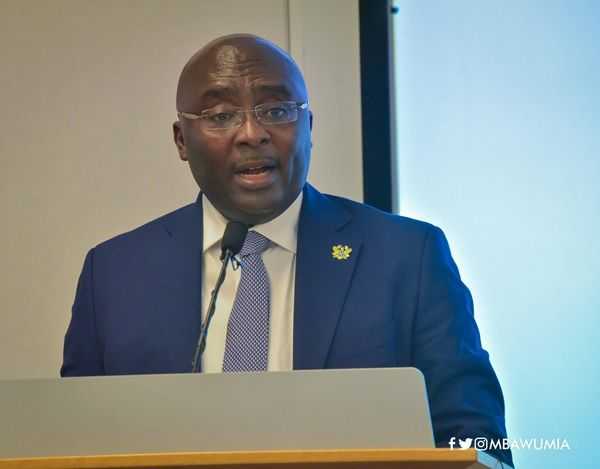 Ghana, as a signatory to the Council of Europe International Convention on cybercrime is currently preparing to accede to the Convention 108+ on Data protection.

Vice President Dr Mahamudu Bawumia made this known in a speech read on his behalf on Wednesday in Accra at the formal opening of the maiden Africa Regional Data Protection and Privacy Conference on the theme: “A Conference in Africa, by African Authorities, Focused on Africa”, is underway in Accra.

The Convention for the Protection of Individuals with regard to Automatic Processing of Personal Data was opened for signature on 28 January 1981 and it is still the only binding international treaty in this field.

The Vice President said Africa was striving to benchmark the international best practice standards of the Council of Europe Convention 108+ on Data Protection; stating that four African countries Tunisia, Cape Vade, Senegal and Mauritius had acceded to the Convention, while Burkina Faso and Morocco had been invited to accede.

He said Ghana had an observer status and was preparing to accede to the Convention.

He said the key requirements of the instrument regarding trans-border data processing, improving transparency and autonomy of supervisory authority remained a challenge in the sub-region.

He said Data Protection Regulations were one of the surest ways of ensuring protection citizens, companies, and countries against the intended or unintended consequences of data leakage such as theft and reputational damage.

“I therefore, encourage open frank, and transparency deliberations between all parties contributing to the shaping of policies that will be instrumental in securing our digital journey for the years to come,” he said.

He said Ghana was one of four African countries and one of two English speaking countries apart from Mauritius, which had signed the African Union's Malabo Convention.

He said the Signing of this Conventions were indicative of Ghana’s willingness to partner other nations on Data Protection issues.

He encouraged other sister African countries to do same to support data protection across the continent and standardized processes in their respective countries.

Vice President Bawumia said the challenges in Africa with regard to data protection was also the result of inadequate expertise in data management and data protection.

He said in spite of these concerns, the African region had been reluctant in enacting random data protection laws and the establishment of supervisory authorities.

He said less than 17 out of the 54 countries in the region had pass data protection laws; adding that it was for this reason that the conference had assembled global experts to focus on the region and to present solutions to the challenges.

He recalled that the Common Trade Network (CTN) established in October 2014 linked data protection and privacy regulators across Commonwealth countries and the same time encourages governments that do not yet have privacy regulators to create laws to protect privacy.

He noted that the network was setup to enable the sharing of experience, sharing of knowledge and expertise across Commonwealth nations on privacy and data protection issues and also tackling issues such as increase used of the internet, international data transfers and the cloud.

He said Ghana had also pass the Data Protection Act 2012; Act 843 to regulate the protection of personal data; stating that “additionally, we have also establish a Data Protection Commission to implement the law and guarantee the data safety”.

He said the Ghana Data Protection Commission was also in an advance stage of registering all firms that generated or stored personal data; and had so far successfully registered 1,805 data controllers and processors.

The conference is being hosted by the Ghana Data Protection Commission (DPC) in collaboration with the Network of African Data Protection Authorities and the Ministry of Communication.

Its objective is to create a platform for experts to discuss how Africa as a region rises to the challenge of the Global Data Protection, which is safeguarding of personal data as a fundamental human right.