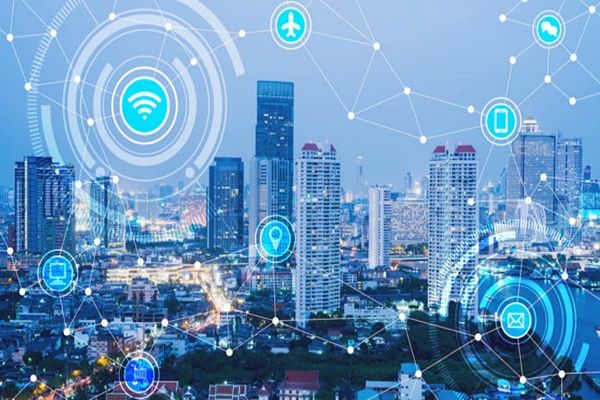 WITH 5G earmarked as a game-changer for cities, wireless technologies are already widely deployed by Australia’s leading smart cities.

However, cities do not want to be locked into proprietary technology solutions, rather seeing themselves as a platform on which many organisations can build infrastructure, applications and services for the benefit of all citizens and all local businesses.

This means that cities cannot just leave this growth to commercial organisations — they will have to play a leading role in the development of 5G. Cities are also the anchor tenants of a range of applications of their own, such as smart street lighting, smart parking, smart waste collection and provision of wifi access across major city precincts, and so on.

Therefore, cities need to see themselves as a services platform — a concept known as City-as-a-Service (CaaS). This requires the platform to be based on open systems, interoperability and neutrality. Such an open platform also opens the road for collaboration with other cities. Smaller cities can build regional platforms together that would save cost and allow for the sharing of knowledge.

Key to a smart city is the fact that CaaS is there for its citizens and local businesses. People can use the tools provided in such an environment to obtain better services, improve lifestyle issues and business opportunities.

CaaS allows for grassroots collaboration with a large range of social and community services. It also gives citizens a platform to far easier become involved in how their city can and should be run — a welcome development given democracy at national levels is under pressure.

In a previous Independent Australia (IA) article, I mentioned the 5G/smart city masterclasses. At one of the classes, president of the Australian Smart Communities Association (ASCA) Matt Schultz provided a detailed plan on what a city needs to do in order to use 5G as a critical part of its smart city infrastructure.

As a smart city is closely linked to digital transformation and the digital economy, this means attracting both value-added jobs for people as well as new companies operating in sectors that will be critical for the future.

In a globalised world, citizens have many more choices in relation to where they want to live (lifestyle, job opportunities). At the same time, businesses have a similar choice in where they want to establish themselves — and smartness will be a key consideration here.

As mentioned, data will become the blood flow for the city and the arteries will be the communication networks that will, in the end, be embedded in all elements of the city.

For years already, Melbourne has built a network that allows it to monitor its trees and citizens can tag onto this system through its online register, complete with interactive maps. This provides the city essential information that will add to the livability of the city, its greenness and health.

Smart poles – as mentioned in an earlier IA article on Moreton Bay – are a key element in data collection. They are multifunctional with up to a dozen facilities and on top of that, they can function as a streetlight, traffic light or even a waste bin.

Cable TV and telco infrastructure cabinets are other infrastructure assets that can be used. Street furniture is now produced that can provide this pole function. Dubai, for example, has built artificial palm trees for that purpose. Likewise, in the USA, church crosses are used this way.

As explained by Matt Shultz in his 5G/smart city masterclass, there are many ways a city can manage its CaaS function, such as:

- Telcos use their own basic fixed fibre and mobile infrastructure and ducts, building their own operating infrastructure on top of that (for example smart poles) and develop their own services — all independent of the city. Access arrangements will have to be in place to prevent monopolisation and anti-competitive behaviour.

- Telcos use their own basic fixed fibre and mobile infrastructure and ducts. The city owns the infrastructure on top of that (for example the light poles), the emergence of new smart poles and street furniture. Multiple service providers (including the city for its own services and the telcos) provide services and applications. For this, the city will have to have an open network and equitable facilities access arrangements in place.

- The city, together with the telcos, own basic fibre infrastructure. The city owns the poles and so on, and the telcos provide the apps and services. For this, the city will have to have an open network and equitable facilities access arrangements in place.

- The city owns its own city ducts and fibre, with multiple “over the top” (poles and so on) infrastructure providers, multiple smart poles (including the city) and other smart poles. This is the most open, transparent and equitable model, but the newest and likely hardest to implement in the near term.

Obviously, there are several issues here that need to be considered. Under the ‘Telecommunications Act 1997’ there are restrictions on what cities (operating under state legislation) can do with any communication and enabling asset infrastructure they own.

At the same time, telcos will run into problems, under such legislation, if they try to monopolise the use of city-based infrastructure. While collaboration and partnerships are key, as mentioned above, there is still a strong desire from the telcos to roll out standalone infrastructure. And while there has been a culture shift, it is still a sensitive issue for some of them. The complexity of the technology is often used as an excuse for why a deeper level of mobile network sharing is undesirable.

Most cities are ill-equipped to make the right choices for their city and their citizens, as they have very little knowledge and experience with these new technologies and networks in relation to smart city developments. However, it is critical that they rapidly upskill themselves to provide the best outcome for the city, while achieving a “win-win” for the telco as well.

This requires a much more strategic focus and an increasing level of investment by the city. However, this is hampered by the fact that most cities have very little financial leeway to position themselves as a contributing partner in such discussions. Telcos and developers for that matter often do have much deeper pockets.

Both federal and state governments need to make sure that cities have the right tools to ensure the best possible outcome for their citizens.