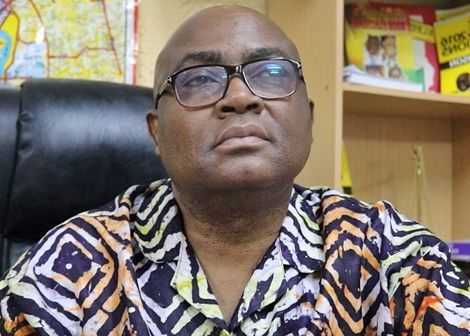 The Managing Editor of the Daily Dispatch Newspaper, Ben Ephson has suggested to political parties, individuals and groups who are against the Electoral Commission’s [EC] decision to compile a new voters' register to go to the court.

Speaking on NEAT FM’s morning show ‘Ghana Montie’, the Pollster noted that the only rightful way to stop the Electoral Commission from going ahead with its decision can be determined by the court.

“That is what they have to do, not demonstrations,” he said.

The main opposition National Democratic Congress [NDC] and some other groups have kicked against the move by the EC, citing that it will plunge the country into chaos.


The Chamber for Local Governance (ChaLoG) says it is of the firm conviction that the reasons so far advanced by the Electoral Commission (EC) to procure a new IT system and compile a new Biometric Voters Register (BVR) are simply unjustifiable and untenable.

It said the continual insistence of the EC to go ahead to compile a new BVR in spite of the overwhelming evidence of the effective functionality of the Biometric Verification Devices (BVDs) for the 2012 general election, 2015 District Level Election (DLE), 2018 referendum and 2019 DLE “is only an attempt to create a problem which simply does not exist by the EC to create fertile grounds to go ahead to needlessly and intentionally wantonly dissipate a whopping GH¢444 million of the taxpayers’ money just for the sake of it”.

Hundreds on Saturday morning poured on the streets of Tamale to protest the decision of the Electoral Commission to compile a new voters register for the 2020 general elections.

Led by eight political parties who have indicated their opposition for the EC’s plan, the demonstrators marched through the principal streets of Tamale.

Listen to the interview below