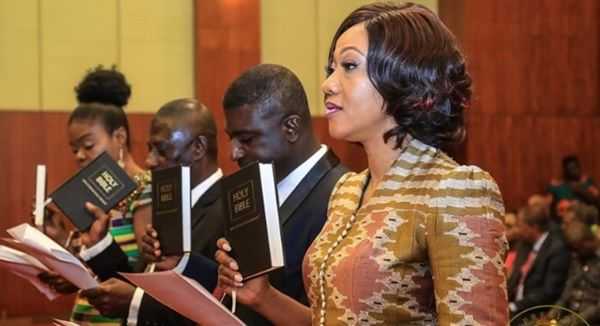 Director of Electoral Services at the Electoral Commission (EC), Dr. Serebour Quaicoe, says the Commission will prove critics who assert the Chairperson is inept, wrong.

The flagbearer of the opposition National Democratic Congress (NDC) has taken a dig at the Jean Mensa-led Electoral Commission (EC) describing it as “incompetent.”

John Mahama on several platforms has said the Commission has allowed itself to become a tool for the government to implement its diabolic agenda.

This, he has continuously said, is causing a lot of anarchy and disorder in the country.

But Dr. Serebour Quaicoe has insisted the EC is not being manipulated by the government as purported.

Speaking on NEAT FM’s morning show, 'Ghana Montie', he said the Commission will ensure a free and fair election.

“They [NDC, John Mahama] will clap for us [EC] after this election,” he told host Mac Jerry Osei-Agyeman.

Adding that, “Our doors are opened for any party who want a further explanation from the EC concerning the upcoming election.”