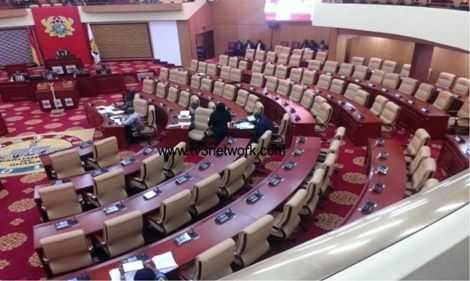 The three justices of the Appeals Court who were appointed by the President have been approved by Parliament after being vetted by the Appointments Committee.

The debate that preceded their approval at the plenary yesterday was dominated by arguments as to whether there should be capping or a limit to the number of justices that should be appointed to the Supreme Court and whether the death penalty on the country’s statutes book should be repealed.

The Minister of Works and Housing and New Patriotic Party (NPP) Member of Parliament (MP) for Abuakwa South, Samuel Atta Akyea, who is a member of the Appointments Committee, said it was time the nation considered amending the 1992 Constitution to give an upper limit to the number of justices appointed to the Supreme Court otherwise an absolute leeway would be given to the President to appoint as many justices as he wants to the Supreme Court.

He commended the new justices for the display of competence and legal knowledge at their vetting and urged them to apply the law without fear of favour as they promised at the vetting. “I have no doubt that the tree nominees will excel on the Supreme Court bench,” he said.

The National Democratic Congress (NDC) MP for North Tongu, Samuel Okudzeto Ablakwa, who is also a member of the committee, in his contribution, highly commended the three justices for distinguishing themselves at the vetting.

He said it was also gratifying for the President to nominate three female justices to replace three other female justices who were retiring from the Supreme Court bench, stressing that the three nominees showed very progressive thoughts at the vetting.

The North Tongu MP said that his worry was the death penalty still sitting on the statutes books and called for its repeal since it is retributive enough.

The Speaker of Parliament, Prof. Mike Oquaye, disagreed with the North Tongu MP on the repeal of the death penalty, saying that it is there to serve a purpose of vengeance and it is the reserved right of the state to apply it depending on the magnitude of an offence one would commit in relation to deliberate killings of innocent people.

The Speaker also called for more debates on the capping of the Supreme Court judges as obtained in the United States, arguing strongly that the proponents of this capping must not compare Ghana’s situation to that of the United States since in the US most cases for appeal end up the Courts of Appeal for final determination.