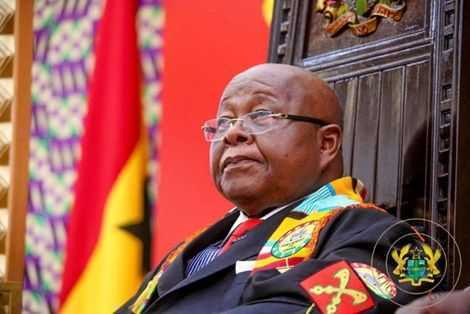 The Speaker of Parliament, Professor Aaron Mike Oquaye, has asked Members of Parliament to guard the country’s democracy by refraining from making hate speeches as the December 7 elections draw nearer.

“Honourable members, as custodians of our democracy, let us be mindful of any hate speech and political engagements which will mar the beauty of our democracy. It is important that as legislators, we uphold the laws that we have passed,” Prof. Oquaye admonished.

Addressing Parliament last Friday night, as the House adjourned sine die to end the Second Meeting of the Fourth Session of the Seventh Parliament of the Fourth Republic, Speaker Oquaye tasked the lawmakers to educate their constituents on laws that preserve the country’s peace and democracy.

“I am confident, you would also educate your constituents on the Public Order Act, 1994 (Act 491), the Public Elections Regulations, 2016 (C.l.94) and other laws which are geared towards the preservation of our democracy.

As the MPs go back to their respective constituencies to undertake their campaigns ahead of the polls, Speaker Oquaye said it was time monetisation of the country’s election-related expenses was addressed, since that affects good governance.

“It is about time we critically examine issues of ‘monecracy’. Monetisation of our democracy compromises the democratic process of good governance. As a country, we have not really captured the political will to arrest the situation,” he said.

“This has been done in many democratic nations,” he said. “We should also consider setting up a Political Parties Support Fund (PPSF), which would be managed by a special committee of the EC.”

He asked that every element of mistrust in the Electoral Commission and the process be removed while we hold the Commission accountable for their responsibilities as provided by law.

The Minority Leader and MP for Tamale South, Haruna Iddrisu, in his closing remarks committed his side of the House to a clean campaign ahead of the polls.

“What we need is a peaceful conduct of election to guarantee the stability and peace of our country,” he said positing that the incident in which the Special Development Minister and MP for Awutu Senya East, Mavis Hawa Koomson, was in violation of the Vigilante and other Offences Act.

He said there was the need to deal with vigilantism and monetisation which, he said, were gaining notoriety on the political landscape.

The Majority Leader and Suame MP, Osei Kyei-Mensah-Bonsu, on his part, urged the Electoral Commission to take note of some of the malfunctioning biometric devices during the just-ended voter registration exercise, because such breakdowns could trigger violence during the elections.

He expressed his appreciation to his colleagues for cooperating with the leadership of the House throughout the meeting, and urged them to continue with the COVID-19 education, as they go back to their respective constituencies.