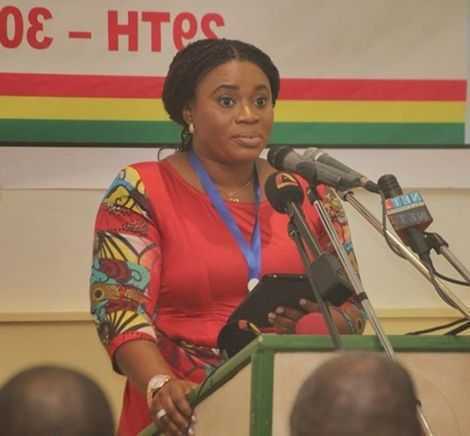 This according to General Secretary of the opposition National Democratic Congress (NDC), Johnson Asiedu Nketia.

Mr Nketia said Charlotte Osei was one of the most competent persons he has ever met despite her dismissal, adding that her recent ECOWAS appointment is prove of her competence that has earned her a job.

According to him, Charlotte Osei’s new job has rather exposed the incompetence of the government, adding that the former EC boss’ removal from office was just a move by the government to spite the NDC in the face since they have refused to give any reason for her removal.

“I still believe that Mrs Osei has conducted the fairest, most transparent election I have ever witnessed. I was not surprised when I heard about her new job. I knew she would deliver as she did here.

“I think Akufo-Addo and his government have been exposed over her appointment. The same person they have rejected has now gotten a top job. If indeed she is incompetent, Akufo-Addo and his men should tell us how she would have managed that job. Clearly, it shows how incompetent the NPP government is and how they deal with issues,” he noted on Okay FM.

ECOWAS has appointed Ghana’s former Electoral Commission Chairperson as deputy head of the sub-regional body’s pre-election mission to Nigeria ahead of the country’s 2019 polls.

The mission is led by Mohammed N’fah Alie Conteh, Chairperson of the Electoral Commission of Sierra Leone and will stay in Nigeria between 1st and 15 November.

The aim of this fact-finding mission is to meet with all the stakeholders involved in the electoral process, including candidates, Media, leaders of political parties, administrative and electoral authorities, and development partners in order to assess the state of preparedness of the upcoming polls.