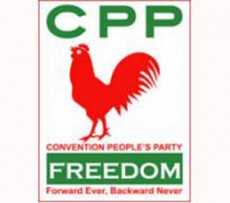 The Conventions People’s Party (CPP) has stated that the recent mid-year budget review announced by the government in Parliament failed to address the fundamental challenges slowing down the growth of Ghanaian businesses.

The party said the details of the budget delivered by the Finance Minister, Mr Ken Ofori-Atta, pointed to the fact that “more funds have been voted for unexplained shortfalls in critical sectors of the economy which inures to the benefit of the foreign companies”.

In a statement issued and signed by the Chairperson of CPP, Hajia Hamdatu Ibrahim, the party said the mid-year budget review was becoming “a mass of statistics which does not reflect the reality of economic well-being.”

“Indeed it has absolutely no basis in the political economy of the people, it only promotes austerity on the people and super high profits for foreign multinationals devoid of economic investment in jobs, people, industry, agriculture social and economic infrastructure,” it said.

The Minister of Finance, Mr Ken Ofori-Atta, presented the 2019 mid-year budget review to Parliament last month, during which he proposed that the tax on luxury vehicles be waived, while the Energy Sector Levy (ESLA) and the Communications Service Tax (CST) be increased.

He also proposed that the CST should be increased from six to nine per cent.

Per the CPP’s statement, the budget “starves investment in infrastructure, industry, agriculture and social services and create an enabling environment for foreigners to ship wholesale our resource and a few local elites to get part of the share and make anti-Ghanaian business and anti-Ghana economic policy.

The party said all the macro-economic fundamentals announced during the mid-year budget review were geared towards the benefit of foreign companies while derailing the entire growth of the local industry.

“It is to be noticed that all the so-called macro-economic fundamentals which inure to the benefit of foreign capital are to be made favourable while the cost of living is growing high, inflation is said to have dropped to single-digit to the advantage of foreign companies whose cost of doing business in Ghana becomes cheaper,” the statement said.

Regarding the exchange rate, the statement said although it had been “stabilised with the injection of massive capital which otherwise could have been used for investment in the mass industrialisation promises made by the NPP government. Obviously, stable foreign exchange rate is more to the advantage of the import sector and export of foreign exchange receipt”.

According to the party, all the economic indicators rolled out by the government “do not reflect the real dire economic situation in our country”.

In the view of the party, most of the policies introduced by the government sought to make doing business in Ghana more expensive for the local industry.