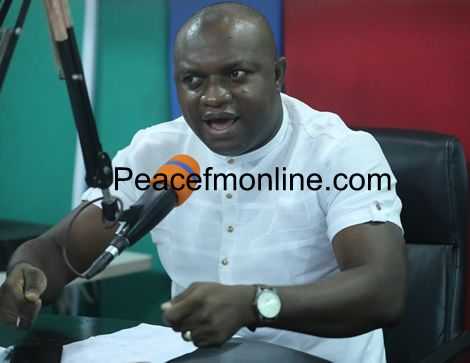 A member of the communication team of the opposition National Democratic Congress (NDC), Brogya Genfi has given President Akufo-Addo tips on how to make his opponents believe that he is really fighting corruption.

The NDC has continuously attacked the ruling government for what they call the willpower to fight corruption. They have tagged President Akufo-Addo as a ‘clearing agent’ because they believe anytime an appointee of his is caught in a corrupt act, he is cleared no matter the outcome of a committee’s report or an investigation.

The President, at a conference in Takoradi, rejected the 'clearing agent' tag insisting that he is not in charge of ‘clearing’ his appointees and that is why he hands them over to the appropriate institutions for further action.

“It is not my job to clear or convict any person accused of wrongdoing, or of engaging in acts of corruption. My job is to act on allegations of corruption by referring to the issue or issues to the proper investigative agencies for the relevant enquiry and necessary action. That is exactly what has been done since I assumed the mantle of leadership on 7th January 2017. If an appointee is cleared of any wrongdoing, the evidence adduced and recommendations made by these agencies, after the investigations are concluded, are what clear the accused persons, not myself. None of these agencies has ever indicated any pressure from the Executive over their investigations,” he indicated at the 2019 Conference of the Ghana Bar Association in the Western Region.

But contributing to Wednesday’s edition of Peace FM's morning show ‘Kokrokoo’, Brogya Genfi said: “If he wants us to believe that he’s really fighting corruption, he should first make every report on alleged corrupt officials public.”

Watch his take in the video below