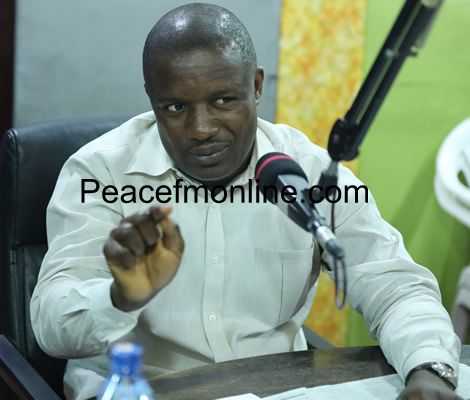 The Member of Parliament for Yapei Kusawgu constituency, John Jinapor has advised the Education Minister, Mathew Opoku Prempeh to 'speak like a Minister'.

This was after the Minister accused former President John Mahama of busing people to the black stars square.

While parents were anxious to get placement for their wards who had graduated from JHS at the Black stars square, Dr Opoku-Prempeh said those who stormed the place were bused to embarrass the ruling government.


“Some people are bent on destroying government’s free SHS policy but it won’t work. Unscrupulous selfish persons wanting to drag the name of the government in the mud are behind chaos at Independence [Black Star] Square,” he told Osei Bonsu (O.B), host of Ekosii Sen on Asempa FM, Tuesday.

But John Jinapor thinks this comment as a Minister, is 'below the belt'.

According to him, "Your position is very respected and you ought to be grateful to the people of Ghana; not just to the President. I will urge him to be decorum in his reactions because what he said was below the belt."

Watch his submission in the video below