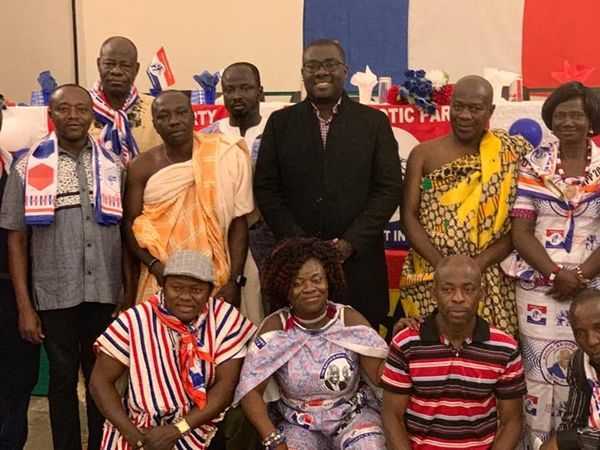 In line with the New Patriotic Party (NPP) leadership’s quest to fulfill the vision of President Akufo-Addo, the party's National Organizer, Sammi Awuku and Director of International Affairs, Ken Attafuah-Danso have engaged Ghanaians living at Palermo in Italy to propagate the good works of the President's administration Ghanaians in the diaspora.

According to Mr. Awuku, the engagements were to update Ghanaians in the diaspora on the success stories of the government citing the rebound of the economy, restoration of Teacher/Nursing Trainee allowances and the construction of Dams and Warehouses among others.

“In an effort to boost agriculture, the planting for food and jobs for exports has been implemented not to talk of the Free SHS flagship program and many other social interventions which Akufo-Addo government has successfully implemented”, he said.

The Charismatic leader assured the teaming NPP members of the government's commitment to introduce more social interventions to revamp the economy.

Mr. Awuku together with Ambassador to Italy, H.E. Eudora Quartey Koranteng, earlier paid a visit to the NPP Chapter in Verona, Italy, to interact with chapters and branches of the party.