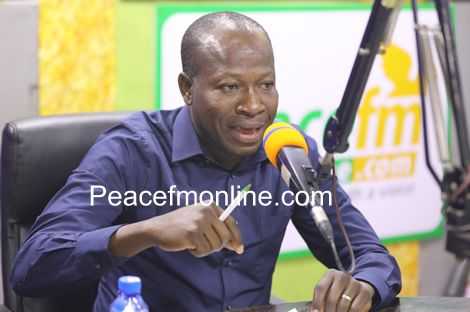 The next government of the Convention People’s Party (CPP) will work hard to make sure that education from the basic to the tertiary level is made free for all Ghanaians, Mr James Kwabena Bomfeh Jnr, Acting General Secretary of the Party has said.

He said the CPP would focus on building a solid human resource base that would be sensitive, responsible and responsive enough to contribute significantly to the sustainable development of the country.

The General Secretary was speaking at the Regional Delegates’ Congress of the party in Bolgatanga in the Upper East Region, where new regional executives were elected.

He said it was wrong for government to convert the polytechnics in the country into technical universities explaining that polytechnics had the mandate to train and equip students with technical and vocational skills and to give students the skills significant to national development, so turning them into universities was a deviation from their mandate.

“What you need to do is to enhance the capacities of the faculties, raise the standards for which students are admitted and make sure staff are well taken care of so that they will be able to -offer the best tertiary education that we can have at the university level.”

He said the curricula of polytechnics could be reviewed and raised to the status of universities to offer quality services without necessarily changing the name.

Mr Bomfeh Jnr attributed the numerous challenges confronting the economy to lack of research and prudent planning, adding that, it was only the CPP that had the vision to restore hope in the lives of Ghanaians.

The General Secretary promised that all the defunct factories would be fully revamped to produce goods and services in order to reduce imports and create job avenues for the teeming youth, to improve lives.

The regional delegate’s conference, which was part of preparation towards the national congress saw the election of regional chairman and the regional women’s organizer, while the other portfolios were declared unopposed by popular acclamation.

With the exception of the Mr Yussif Anaba, the Youth Organizer who is incumbent, the rest of the executives were new members.

With the exception of Bawku Central, which had outstanding issues to resolve, 135 delegates from the remaining 14 constituencies were expected to vote.