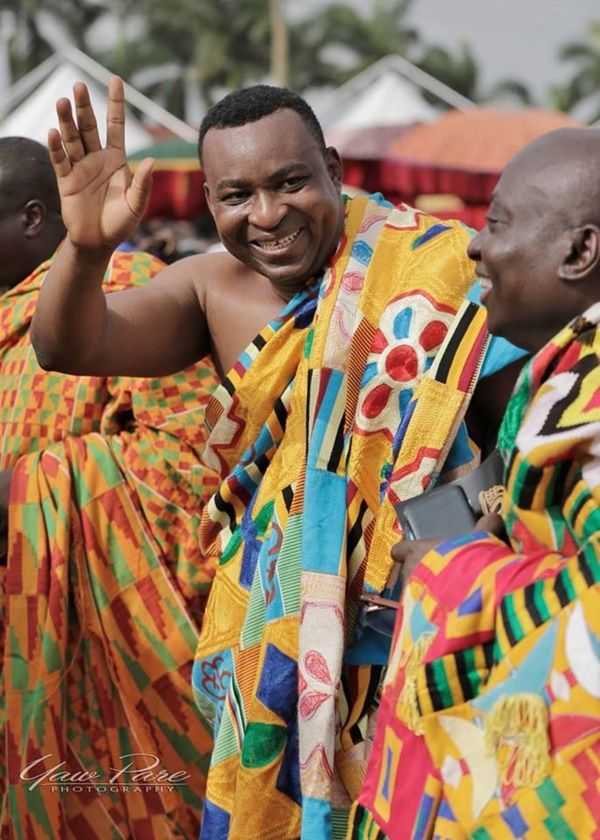 The Ashanti Regional Chairman of the New Patriotic Party has indicated to the leaders of the National Democratic Congress not to assume their votes would appreciate in the Ashanti region in 2020.

According to Mr. Bernard Antwi-Boasiako, even if the NDC decides to make a promise of performing an 'unthinkable' act of bringing the sea to the Ashanti region, they would still not vote for them.

He explained that the leaders of the NDC have been very disrespectful to their King (Otumfuo) and it would be very hard for voters in the region to forgive them.

"If you have the current leaders of the NDC calling our great King a liar and insulting him on every platform they find themselves, do you think we would welcome them in open arms during any elections?

Hell no! This won't happen under my watch. As regional Chairman, I will ensure the votes of the NDC keeps dropping at every elections. They can go and bring the sea to the Ashanti, I must say it is an unthinkable act but even if they do, they would weep", the NPP Chairman noted.

In a statement to welcome the President of the republic to the Ashanti region, Mr. Bernard Antwi-Boasiako noted that under the watch of Nana Akufo-Addo, his region has benefited massively from infrastructure development and things that make human life bearable.

Mr. Bernard Antwi-Boasiako popularly known as Chairman Wontumi explained that farmers in the region have also benefited greatly from the structures put in place under the 'Planting for Food and Jobs' programme leading to abundance of food on the market.