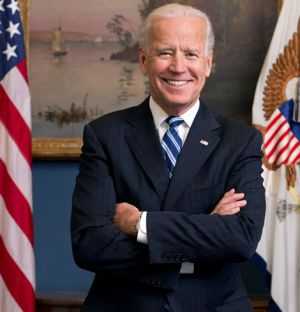 Former Vice President and Democratic White House hopeful, Joe Biden has for the first time called for the impeachment of President Donald Trump.

Biden who made the call at a campaign event in New Hampshire, accused the US President of violating his oath of office, betraying this nation and committing impeachable acts.

"To preserve our Constitution, our democracy, our basic integrity, he should be impeached," Biden said of the President, speaking at a town hall in New Hampshire.

"He's shooting holes in the Constitution," Biden said. "And we cannot let him get away with it."

Biden said Trump "has indicted himself by obstructing justice, refusing to comply with the congressional inquiry, he's already convicted himself. In full view of the world and the American people, Donald Trump has violated his oath of office, betrayed this nation and committed impeachable acts."

"Trump will do anything to get re-elected, including violating the most basic forms of democracy. It's stunning, and it's dangerous," Biden said. He added, "No president in history has dared to engage in such unimaginable behavior."

This is the most forceful comment from Biden who has been quite cautious than other Democratic aspirants in the call for impeachment.

Recall that the US Congress launched an impeachment inquiry against Donald Trump on September 24, after a whistleblower alleged the White House had attempted to cover up a July call between Trump and the Ukrainian president.

This led to allegation of President Donald Trump abusing his office and using its power to his own political advantage, by pushing a Ukrainian investigation of Joe Biden and his son Hunter who was on the board of a Ukrainian energy company.