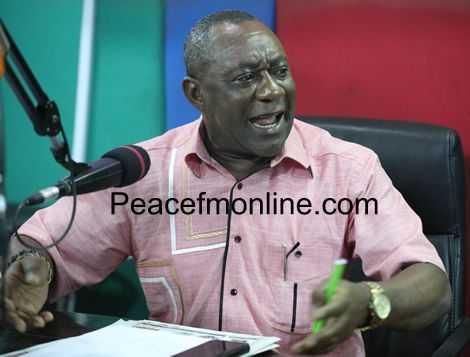 News report of the National Democratic Congress (NDC) soliciting ideas from the very people they intend to govern to guide its manifesto for the 2020 General Elections, has led to a leading member of the ruling New Patriotic Party (NPP) questioning whether the NDC for the past 35 years has been running the country on their wicked mindset.

Former Member of Parliament for Bantama Constituency, Henry Kwabena Kokofu, opined that the NDC under John Mahama asking for ideas from the general public for the party's manifesto is contradictory to his (Mahama's) previous "dead goat" posture, wondering when the NDC came to the conclusion that those members of the public now have what it takes to proffer ideas.

"All this while, on what was the NDC running the country? . . . If even they listen to the views of Ghanaians, do they work with them? Those that he intends to consult and ask for their suggestions, have they experienced the Presidency before? This is because definitely some of the people will suggest something like Dr. Bawumia did when he was told not to criticize him since he has not tasted the Presidency before,” he inquired.

Earlier this week, news went viral that the opposition party is demanding for input from organised groups in putting together its manifesto for next year's elections.

The NDC requested groups like Civil Society Organisations, Trade Unions, Associations and the general public to send their their thoughts of not more than four pages to the Office of the General Secretary through the Deputy General Secretary - (Operations) or emailed to [email protected] on or before Saturday, 7th December, 2019. The move according to the biggest opposition party is to develop a "Peoples Manifesto" that speaks to the direct needs and concerns of the people.

Entitled "NDC Requests for Policy Memoranda from Public for 2020 Manifesto", the NDC in paragraph two of its letter states: "the objective to develop a grassroots manifesto is driven by need to give meaning to our Social Democratic principles of inclusivity and mass participation in the pursuit of growth and development of our country".

Subjecting the NDC's demand for ideas from the general public into perspective, the former lawmaker, in an interview on OkayFM's Ade Akye Abia Morning Show, pontificated that the opposition party lacks innovative minds and is also clearly bereft of ideas to write their manifesto.

To him, the NDC should be the last political party in the country to solicit ideas from Ghanaians as it has had a longer stay in power than any other political party; thus, the idea of soliciting ideas should have rather come from the other smaller parties.

“If it is the other political parties that have not beein in government before calling on Ghanaians to share their opinions with them to formulate a manifesto, nobody will begrudge them. Apart from the PDNC in revolutionary era, fourth Republican Ghana in 1992, we have voted 7 times and out of the 7, NDC has been victorious on 4 occasions, meaning the NDC has run this country for 35 years out the 62 years of Independence”, he said.

The former NPP MP further indicted the NDC of succeeding in erasing the memory of Prof. Atta Mills from Ghana’s political equation.

“It is sad to the extent that the NDC under Mahama doesn’t mention the late President Mills in one single legacy he did and this is not the best way to honor someone who gave you the opportunity to be Vice President of Ghana before becoming President”, he accused.