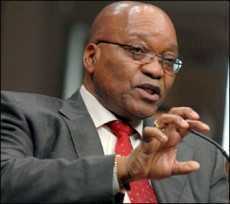 A South African court has dismissed former president Jacob Zuma's attempts to appeal against a corruption trial in which he faces charges related to a 1990s arms deal involving the French company Thales.

The High Court in the south-eastern city of Pietermaritzburg on Friday ruled that "Mr Zuma's leave to appeal is dismissed".