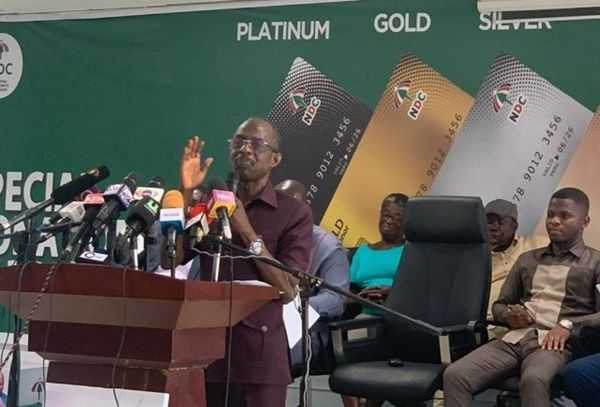 General Secretary of the National Democratic Congress, Mr. Johnson Asiedu, has openly branded the President, H.E Nana Addo Dankwah Akufo "a liar" for the latter's comments during a recent national broadcast about a supposed meeting to discuss the referendum.

According to him, he was surprised to hear the President say, the NDC had met with him to discuss the referendum and that the NDC had indicated its intentio to vote and campaign for YES.

Speaking on Okay FM’s "Ade Akye Abia" programme, the NDC stalwart posited that "if the President has found sense and reasoning in their argument against the referendum and has finally withdrawn it," he should stick to his position rather than attack the NDC unnecessarily.

"There was never a national consensus or discussion on the referendum as the President wants to put it. Of course, you may have met with our flagbearer and former president, John Dramani Mahama for about thirty (30) minutes or so but that does not mean there was a consensus on the referendum," he stated.

He also added that the NDC had never agreed to support the referendum as the NPP wants Ghanaians to believe.

"If somebody goes to a programme and states his personal opinion on an issue, it doesn’t represent the position of the party," he pointed out.

Mr Asiedu Nketia was reacting to claims that the opposition party betrayed a consensus arrived at by all stakeholders following its decision to canvas a "NO" vote.

Quite recently, at a public forum organized by the Institute of Democratic Governance (IDEG) on behalf on the NDC, Edem Agbana, Deputy Youth Organizer of the NDC, suggested that the opposition party was in full support of "YES" vote in the Referendum which seeks to allow participation of political parties in election of Metropolitan, Municipal and District Chief Executives (MMDCEs).

"This is one of the topics that both the NDC and the NPP seem to be in agreement, so i would not want to talk too much about the advantages of multi-party election at the local assemblies. We are urging our members and we have asked all our members to also go out and vote for "YES", when the opportunity presents itself," Edem Agbana reportedly said at the IDEG meeting.

But the NDC Chief Scribe dismissed the comments insisting they are not a representation of his opinion and by extension, that of the NDC. He added that Mr Agbana rather expressed his personal views. 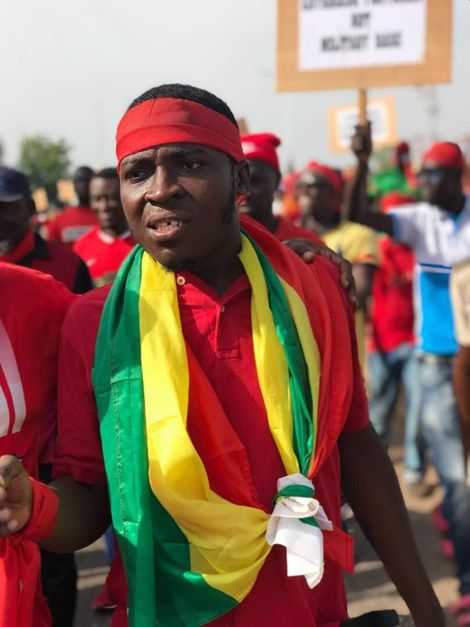 Perhaps, it is in light of the above that President Akufo-Addo cancelled the much talked about the referendum which was supposed be held on December 17, 2019.

In his address to the nation on Sunday, December 1, 2019, the President stated that his government will work to attain a broad national consensus on the referendum because it is as important as the amendment of an entrenched provision of the Constitution, is critical.

He said, “I do not believe that such an amendment should be driven as a party matter. There has to be a clear national consensus and agreement amongst the populace that a particular entrenched provision no longer serves the interest of the people, and, thus, has to be removed."

He continued, “In this case, it had been long apparent that political parties were, in fact, actively involved in district assembly elections, despite their apparently non-partisan nature. The time had come to strip the process of its hypocrisy, and accept and work with the reality of party involvement.”

President Akufo-Addo explained that on Tuesday 18th April 2017, a little over 4 months into my mandate he held a meeting with my three predecessors; their Excellencies Jerry John Rawlings, John Agyekum Kufuor and John Dramani Mahama to seek their views and counsel on these issues.

"I came away from that meeting with a view that there was a consensus amongst us that the time has come for political parties to participate openly in district assembly elections and local governance. Indeed, amongst the leadership of Parliament and amongst Members of Parliament on both sides, and amongst, virtually, all stakeholders who had been consulted either by him, or by the Minister for Local Government and Rural Development, the clear indications were that there was a broad national consensus for the repeal of article 55(3). It is on this basis that I proceeded in subsequently instructing the Minister for Local Government and Rural Development to initiate a parliamentary process for the repeal of Article 55(3) of the Constitution," he noted in his address to the nation.

The referendum was to determine whether Article 55(3) of the 1992 Constitution should be amended for political parties to sponsor candidates for local level elections.

The outcome of the referendum will have either of the following outcomes: If the electorate votes YES, the election of MMDCEs, Assembly and Unit Committee Members will be on a partisan basis.

If they vote NO, then the election of theMMDCEs, Assembly and Unit Committee Members will be on a non-partisan basis, as being practised now.