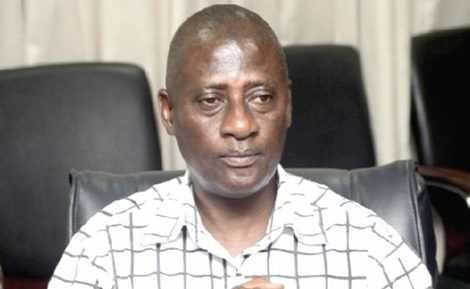 The Electoral Commission (EC) has assured members of the public that the suspension of the referendum will not affect the district assembly and unit committee elections scheduled for December 17, this year.

It maintains that the chain of activities contained in its road map for the December 17 polls remains intact and will be followed through as planned.

The Deputy Chairman of the EC in charge of Operations, Mr Samuel Tettey, told the Daily Graphic in an interview on Monday, December 2, that the commission was on top of its job and would deliver the district level elections (DLEs) as expected.

Mr Tettey said there would be adjustments in the number of temporary polling officials the EC recruited for the elections.

“Per the arrangement of the EC, we were supposed to have six officials at all the 31,851 polling stations if the referendum were to take place. These officials are a presiding officer, names reference list officer, verification officer and three ballot issuers – one each for the district assembly, unit committee and referendum tables.

Touching on concerns that the calling off of the referendum would lead to financial loss to the country, he said the EC had been proactive in avoiding some possible losses.

He said the notices of polls and ballot papers covering the three elections had already been printed before the commission got wind of a possible withdrawal of the referendum.

“We heard that the referendum would be called off when we were on the verge of training our officials, including the ballot issuers for the referendum. We had not got official information from the Presidency yet, so we asked our regional officers to hold on because we were on the side of caution.

“We held on the training to save cost, so we did not waste any money on training officials who will not be needed because of the cancellation of the referendum.

“If we had gone ahead to train the ballot issuers, the intervention from the Presidency would have led to loss of money,” he said.

Mr Tettey also assured the public that the security arrangements for the December 17 polls remained unchanged.

“Our arrangement is to have one policeman at each polling station. Whether the referendum comes off or not, it will not affect this arrangement,” he said.

He said the EC would also review television and radio adverts that had been running for the three unified elections to edit out aspects that included the referendum.

Touching on the education of the public on the turn of events, he said the EC would intensify its campaign, using all channels at its disposal to reach out to the people.

“We are keeping our message straight to the people that the commission has a clear road map leading to the December 17 elections and that it is only the referendum that has been taken off; it does not change anything,” he said.

Responding to the question as to whether the cancellation of the referendum had affected the commission in any way, he said: “It rather makes our work easier because we will have fewer people to train and less work to do.”

In a related development, the Chairperson of the NCCE, Ms Josephine Nkrumah, stated that the calling off of the December 17 referendum would not in any way affect the nationwide educational campaign the commission had embarked upon, reports Lydia Essel-Mensah.

She said the commission would rather intensify its campaign to whip up interest and the participation of the electorate.

In an interview with the Daily Graphic, Ms Nkrumah said the December 17 elections was a tripartite one in which Ghanaians were to vote to elect assembly and unit committee members and vote in the referendum.

''Our only challenge now is to spend some money to edit the jingles, information on our social media and other flyers which we cannot change entirely because we do not have enough resources,'' she explained.

She added that some “man hours” had been wasted, taking into consideration the intensive education her outfit had carried out.

''This notwithstanding, the NCCE will continue to let Ghanaians know the importance of voting to elect assembly members and unit committee members.

“And I believe with the kind of education we have done, there will be a high voter turn-out on December 17,'' she emphasised.

President Nana Addo Dankwa Akufo-Addo last Sunday night called off the referendum that was supposed to be conducted alongside the DLEs to determine if political parties should be allowed to participate in local level elections.

The referendum sought to amend Article 55 (3) of the 1992 Constitution that barred political parties from participating in elections at the local level.

The President, in a televised address, called off the referendum, citing the lack of deepened consultations and consensus.

He also directed the Minister of Local Government and Rural Development, Hajia Alima Mahama, to abort the process and see to the withdrawal of the bills for the amendment to the Constitution in respect of articles 243 (1) and 55 (3).

Under the 1992 Constitution, Article 243 (1) provides: “There shall be a district chief executive for every district who shall be appointed by the President, with the prior approval of not less than two-thirds majority of members of the assembly present and voting at the meeting.”

An amendment to this article would have taken away the powers of Presidents to appoint MMDCEs.

Article 55 (3) of the 1992 Constitution, which is an entrenched provision, states: “Subject to the provisions of this article, a political party is free to participate in shaping the political will of the people, to disseminate information on political ideas, social and economic programmes of a national character and sponsor candidates for election to any public office other than the district assemblies or lower local government units.”

A ‘Yes’ vote on this article would have allowed political parties to sponsor candidates for DLEs.