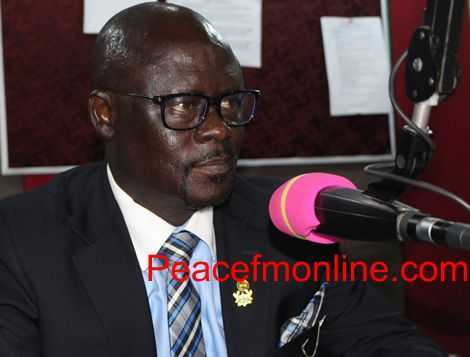 Former National Communication Director for the governing New Patriotic Party [NPP], Yaw Adomako Baafi is strongly against calls by some people for the National Security Minister, Albert Kan-Dapaah, to resign after a leaked video gone viral showed the Minister engaged in an amorous conversation with his 'side-chick'.

His comment comes after controversial political commentator, Kwame A Plus among others called on the security capo to step aside following the leakage of his viral ‘pyjamas’ video.

Defending the troubled Minister on NEAT FM’s morning show 'Ghana Montie', Yaw Adomako Baafi was emphatic that Kan-Dapaah never did anything wrong to tarnish his high office, hance, the calls on him to resign is intolerable.

“Where in the video did Kan-Dapaah sell our [Ghana’s] security?”  he questioned.

Listen to the interview below