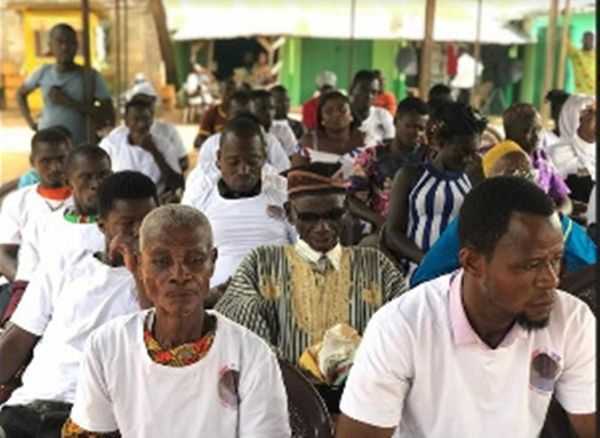 156 NDC members in the Sefwi Akontombra Constituency in the Western North Region have defected to the New Patriotic Party.

Out of the 156 defected members, 23 of them are Polling Station Executives of the main opposition party.

Speaking to the defectors, they attributed their firm decision of joining the party due to the unexpected and unprecedented achievements by the Member of Parliament in the District, Sefwi Akontombra and H. E Nana Addo Dunkwa Akufo Addo in the District.

They maintained, the Construction of the Wiawso - Akontombra Road, the massive employment and job creations, the New Cocoa Station in akontombra, provision of two Ambulances by the MP etc as some of the many achievements choked by the New Patriotic Party in the District.

They pledged to work hard to maintain the seat for the New Patriotic Party.

They said, the Member of Parliament in the Constituency has exhibited ''father for all'' character in all of his actions and inactions.

The spokesperson for the defectors, Mr. Tetteh David, the NDC Polling Station Chairman of Agyeman Camp, sent their gratitude to the leadership of the party in the District for their kind gesture in accepting them into the party.

The Regional Secretary of the Party in the region, Hon Samuel Kofi Abiaw, welcomed them and encouraged them to work hard to maintain the MP and the government.

Moreover, the Constituency Chairman, Mr. Isaac Ekyea Addae advised the Polling Station executives of the party to treat them as part of them.