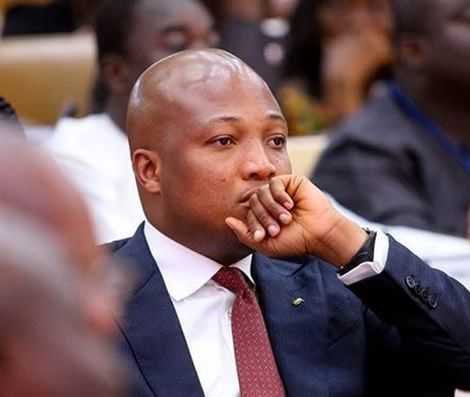 Member of Parliament (MP) for North Tongu in the Volta Region, Samuel Okudzeto Ablakwa, has advised his colleagues not to rejoice over the fall of National Security Minister, Albert Kan Dapaah.

According to him, instead of rejoicing, there is the need for colleagues to learn great lessons from the fall of the former lawmaker whose leaked video went viral earlier this week.

He made this known in a tweet which was backed by scripture.

He said ” Do not rejoice when your enemy (or political opponent) falls; And do not let your heart be glad when he stumbles. – Proverbs 24:17 I will rather we learn useful lessons to guide our future. Wish you all a great week, my friends”.

Ghana’s National Security Minister dominated headlines on Sunday after a video of him being remote-controlled by his side chick hit the internet.

In the video, the Minister is heard saying her hugs put him to sleep.

This video in question has raised concerns about the Minister’s competence to handle security affairs of the country considering how frail he was to get himself recorded.

Security analysts have called for him to resign from the position so someone conscious of security can come in to make things better because with him at the helm of affairs, the country will suffer gravely.