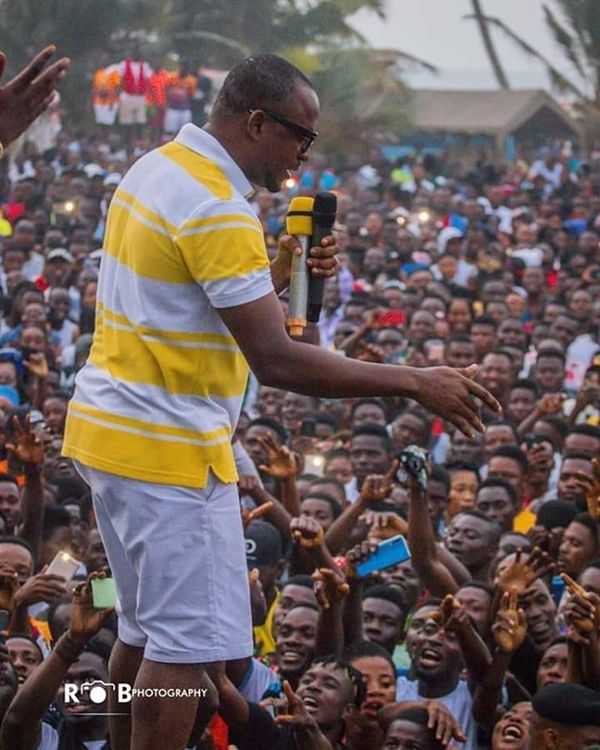 As the NPP closes its nomination for the parliamentary primaries in the central Region, aspirants who have filed their nominations are already thinking of plans to support the constituencies they hope to lead.

Mr. James Korsah-Brown, a Banker, after filing his nomination forms to contest the New Patriotic Party’s (NPP) Parliamentary primary in the Mfantseman Constituency of the Central Region is promising to industrialise the constituency using his influences and the resources the constituency is endowed with.

The international trade and finance expert, indicated he was determined to lobby for investments for the Mfantseman Municipality to create jobs for the youth.

By the close of nomination on Thursday, the incumbent, Ekow Quansah Hayford, he is seeking to challenge had also filed his nomination leaving the two of them in the race for the slot.

James Korsah-Brown said he would, therefore, use his position to facilitate investments and add value to the existing resources endowed in the Area to create employment and spur government revenue.

“I just need an opportunity to be endorsed by the delegates. Mfantseman is a huge Municipality blessed with varied resources to spark the needed growth and development. We have salt, clay, palm fruits, cocoa and many others and we can make it happen,” he assured.

The parliamentary aspirant urged party delegates to see him as the light for the people of Mfansteman and vote for him to change the situation and circumstances of the people.

“Vote for a visionary leader capable of transforming the lives of the people to improve their standards of living. A vote for me will ensure that the NPP’s votes will shore up because we are going to work so hard that people from other political parties would defect to our party,” he promised.


He called on the rank and file to continue to support the President and the Government to deliver on their mandate.