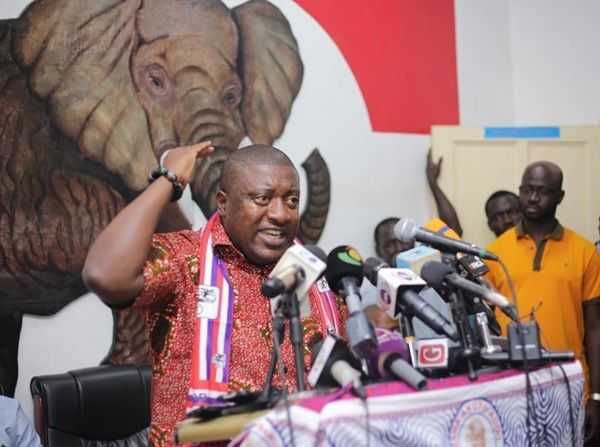 The National Youth Organizer of the ruling New Patriotic Party (NPP), Henry Nana Boakye, aka Nana B, has called on former President John Dramani Mahama to apologise for making what he called ‘irresponsible’ comments over the decision by the Electoral Commission (EC) to compile a new register.

The former President is reported to have recently said the EC Chairperson, Jean Mensa, and her outfit will be held responsible if the country is plunged into confusion after the 2020 general election because the time left for the election is inadequate to undertake the compilation of a new voters’ register.


However, speaking at a TESCON 20th-anniversary event in Ho in the Volta Region, Nana B said the former President’s comments could potentially plunge the country into chaos.

He said Mr. Mahama is clearly inciting the public against the EC in its bid to ensure a credible election, for which reason the NDC flagbearer should apologise unreservedly to the commission and retract those comments.

He said the EC is undertaking a duty it is legally mandated to do and does not need to be distracted by people like the former President who should have known better.

He indicated that in his humble view, the commission had been straightforward, without being capricious in its dealings, and had been clear about its preparedness for the 2020 general election.


He said at best Mr. Mahama could have expressed his opinion freely about his disagreement with the operations of the EC which is normal and acceptable, but to wish the country is plunged into chaos over the EC’s constitutional mandate to undertake the mass registration exercise was simply below the belt.

He, therefore, urged him to admit his comments were in bad taste and a mistake, and appropriately submit an apology to Ghanaians, adding “…we all make mistakes.”

The national youth organizer used the platform to encourage the TESCON members and the entire public to prepare themselves for the new voters’ register exercise as planned by the EC.