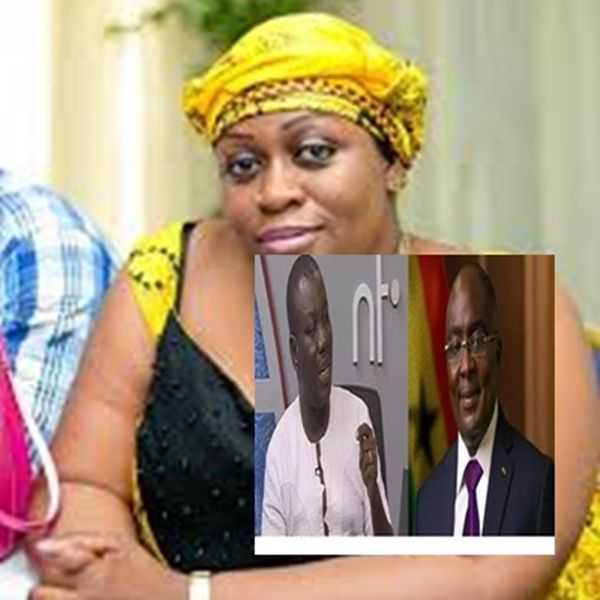 Mame Yaa Aboagye has taken a swipe at the Member of Parliament for Bolgatanga Central, Hon. IsaacAdongo for challenging Dr. Mahamudu Bawumia to an Economics debate saying Dr. Bawumia is simply unmatched to him when it comes to Economics.

According to her Dr. Bawumia is busy fixing the mess and rot bequeathed to Nana-Bawumia administration by the Mahama government hence does not have time to debate him.

Mr. Adongo has challenged Vice President Mahamudu Bawumia to a debate on the country’s economy but Maame Yaa Aboagye feels the lawmaker is no match for the astute economist.

She reiterated that Dr.  Bawumia’s brilliance poses a headache to the National Democratic Congress (NDC) anytime he speaks.

“It appears Dr Bawumia is a headache and nightmare to the opposition NDC. As for Adongo’s challenge, I can tell with all authority that Dr. Bawumia is simply unmatched for him,”

To her, Dr. Bawumia makes economics very simple, he is articulate, coherent, focused and has no time for a baseless debate adding “I understand Adongo and NDC’s frustration but the man who is labeled as Economic Wizard is busy cleaning your mess, has no time for a debate.

I think the town hall meeting is still dazing them…” she stressed.

She, therefore, called on Hon Adongo to look for his mate to debate and advised him not to bite more than he can chew.