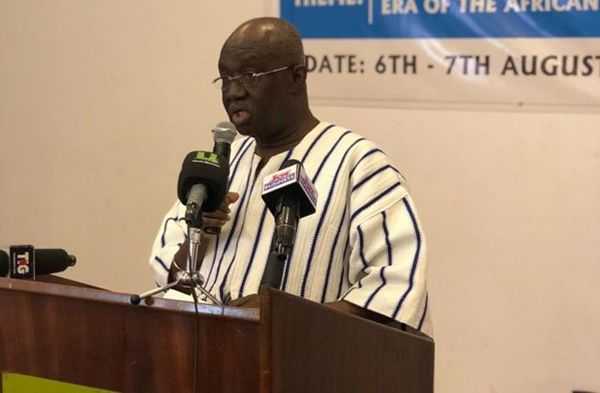 The Minister of Aviation, Mr Joseph Kofi Adda, has reiterated that the ministry will not bow to pressure to award a contract for the installation of disinfection systems at the country's airports.

“No one can twist my arm for me to do the wrong thing and get into trouble," he said.

Mr Adda, who was addressing a press conference in Accra yesterday, said the ministry would rather follow the right procurement process to get a company to undertake the project.

This was in reaction to allegations by the Greater Accra Regional branch of the Ghana Union of Traders’ Association (GUTA) that the Aviation Ministry and the Ghana Airport Company Limited (GACL) had frustrated the efforts of a crisis management company, LCB Worldwide Limited, to implement a contract on airport disinfection systems at airports.

The GUTA executive also accused the minister of diverting the contract to another company.

Additionally, they asked the Aviation Ministry and the GACL to facilitate processes for LCB Worldwide to execute the project.

However, at yesterday's press conference, Mr Adda insisted that the GACL did not have any contract with LCB Worldwide for the installation of disinfection systems.

He said LCB Worldwide only had a contract with the ministries of Health and Transport to carry out disinfection exercises at the sea ports.

“The LCB contract with those two ministries was purposefully for installation of disinfection systems at the Tema and Takoradi harbours; and all of a sudden, they vary the contract; add an addendum, and bring to the Ministry of Aviation to execute. We do not execute contracts like that,” Mr Adda said.

The minister explained that LCB contacted the Aviation Ministry and GACL with a proposal on the airport disinfection systems but the GACL board turned it down because of the cost involved.

“Under this proposal, the cost of disinfection was to be recovered through a levy on domestic and international air passengers. I must place on record that such a levy violates the guidelines and recommended practices on airport-related charges by the International Air Transport Association (IATA) and the International Civil Aviation Organisation (ICAO),” he said.

On the way forward, the minister said the GACL had received proposals from some companies as part of the procurement process to get a service provider for the project.

“Some four companies proposed to do this disinfection at the airports. What we are saying is that the system is fair and transparent; so you bring your proposal and if you are successful, you win,” he said.

Mr Adda urged the GUTA executive to rather engage his outfit if they had issues with the contract rather than using the media to “push their agenda.”