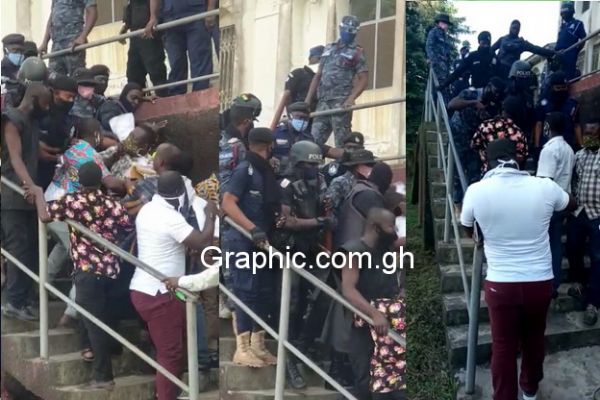 The nominee for the position of the Municipal Chief Executive for the Tarkwa Nsuaem Municipal Assembly has been confirmed amidst drama as more than 50 per cent of eligible assembly members claimed they were prevented from the meeting that voted him.

The assembly members who claimed they were prevented from voting by heavily armed policemen, have threatened to go to court to seek an injunction on the operations of the MCE since the meeting that elected him did not follow due process.

Last Wednesday, an attempt to confirm the president’s nominee, Benjamin Kesse was unsuccessful as he failed to secure the required number of votes.

Votes
Wednesday’s voting session saw the election of the Presiding Member, Emmanuel Gado with 39 out of the 42 votes, while the MCE was rejected as he had 22 members voting yes and 20 voting no which did not give him the required two-thirds majority.

The decision was to have another voting within 10-days, but notice to vote on Friday, May 22, was not publicly announced.

A good number of the assembly members claiming to have gotten notice of the meeting through third parties, including the Presiding Member, were therefore unable to attend the meeting to vote, while those who sought entry were physically prevented by the police.

At the end of election, heavily protected by the police, 19 out of the 21 assembly members present voted for the new MCE.
The voting took place as early as 6:30am as against an alleged advertised meeting kick-off time of 8:00am.

Mr. Justin Afful, an assembly member for Benso who was among those refused attendance, rejected what transpired and insisted the result was unacceptable.

“Per our standing orders, members should be written to or informed via telephone call for assembly meeting or emergency meeting, none of these protocols were followed,” he said.