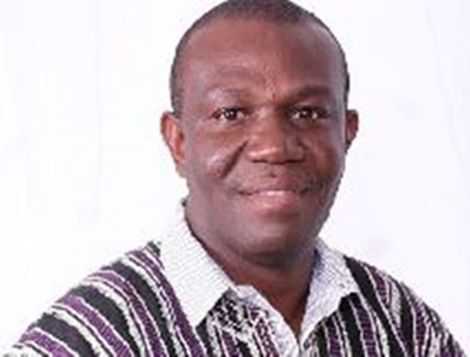 The Minority in Parliament has urged the government and the Ghana Water Company Limited (GWCL) to explain to Ghanaians what is inhibiting water delivery in Accra.

According to the Minority, water shortage has hit areas including Adentan, Madina, Teshie, La, Achimota, Ashiaman, Tema and Kasoa even though the government had declared a water-free period of three months in a bid to combat the COVID-19 pandemic.

There have been reports of irregular water flow in the above-listed areas in recent times; a situation the Minority said was getting out of hand.

“Ironically, the current water shortage in Accra and its environs has come at a time that the President had announced to the whole nation as part of mitigating measures against the disease, a three-month period of free water to households from April, May and June,” Emmanuel Bedzrah, the Ranking Member on Parliament’s Works and Housing Committee told journalists at a press conference in Accra.

“As we may all be aware, one of the preventive protocols to fight COVID-19 is regular washing of hands with soap under running water. Unfortunately, under the current circumstances, residents in Accra are confronted with an acute water shortage and one wonders how practicable it will be for them to wash their hands under a non-existent running water, let alone use same for domestic and industrial purposes,” he said.

Mr Bedzrah, MP, Ho West, said that it was critical that uninterrupted water supply was maintained to help citizens adhere to one of the most effective protocols; hand washing.

“Sadly, in Ghana’s case, Accra which is the most populous city, and for that matter the epicenter of coronavirus cases, has had its situation compounded over the past week with a nauseating water shortage which is really biting hard without any explanation from the authorities in charge,” he said.

The free water supply as announced by President Nana Addo Dankwa Akufo-Addo, Mr Bedzrah said, was not limited to fixed pipes but included mobile water tank delivery to homes and that that alternative must be explored.

To him, the announcement which was received with excitement had turned out to be a populist one without measures put in place to achieve same.

“Announcing a populist programme such as free water to households may earn the President a loud applause, and may be useful for propaganda purposes. The problem with such pronouncements which is biting hard now is the government’s readiness and capacity to deliver on these flamboyant announcements,” he said.

He has therefore asked the government to come clear if the GWCL was facing any financial, technical or logistical challenges so that people who banked their hopes on its free water supply to find alternative solution to their water challenges.