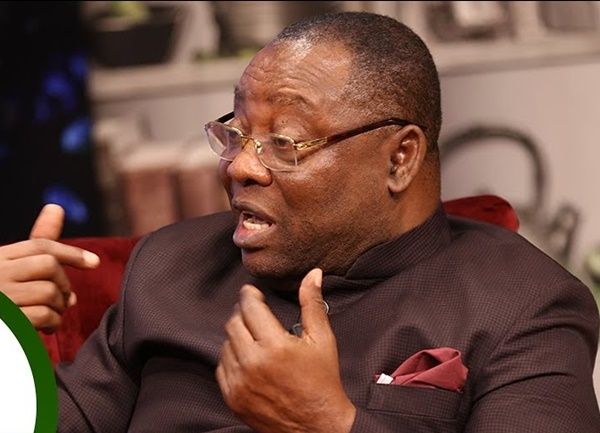 Former Chief Executive Officer of the National Pensions Regulatory Authority, Lawyer Sam P Yalley has warned that a revolution, similar to what occurred on June 4th, is likely to happen again if the Electoral Commission does not tread cautiously in its unbending decision to compile a new voters' register.

According to him, the June 4 uprising came about as a result of Ghanaians becoming fed up with the oppression and corruption they were experiencing.

Speaking on Okay FM’s Ade Akye Abia programme, he bemoaned the EC's refusal to listen to divergent opinions from Ghanaians and other stakeholders regarding the compilation of the register; and to him, this can be equated to suppression of the people’s will.

"We need cool heads to explain to Ghanaians . . . but when the narrative becomes like that is how we are going to do it whether you like it or not so go to hell, that is what brought about June 4. . . " he said.

Sam P. Yalley, who is Ghana's former High Commissioner to India under the erstwhile Mahama administration, further indicated that the decision by the electoral body to bulldoze its way through with the compilation of voters’ register is a clear manifestation of the latter's desire to disenfranchise Ghanaians.

" . . but when you suppress people or when people get disenfranchised either because of misinformation or do not understand fully what is at stake there is something called citizen defiance . . . " he cautioned.

A mix of residents, EC officers, and political party officials took part in the exercise nationwide.

In some parts of the country, the EC officers said only stakeholders including returning officers and some party representatives have so far turned up for the exercise though it is opened to the public.

Queues are to have one-meter gaps between persons lining up to register, the scanners will be sanitized and persons who complete the registration process will also be provided with hand sanitizer before they leave the centre.