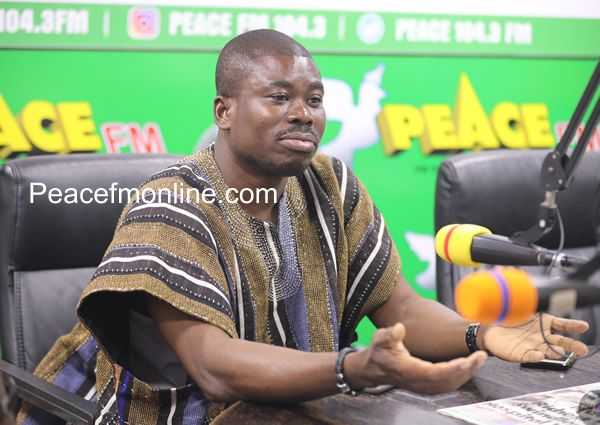 ''Nobody will die in this country'', Charles Owusu rubbishes the seditious comments by PNC National Chairman Bernard Mornah and other politicians.

The Head of the Monitoring Unit of the Forestry Commission, Charles Owusu, says neither the Electoral Commission's registration exercise or general elections is a do or die affair for any person to lose his or her life for a candidate.

According to him, elections are an opportunity for Ghanaian eligible electorates to exercise their voting rights not for them to pick up arms for war.

''Nobody will die in this country. Just because of a registration, people should die; never! It's a joke. Nobody should pay attention to it. There are laws in this country. No person can take the laws into their hands and do anything in this countr,.'' he charged.

Charles Owusu's comment comes on the heels of inflammatory remarks by Bernard Mornah and Major Osahene Boakye Gyan (rtd) who have been invited by the Criminal Investigation Department of the Ghana Police Service.

Bernard Mornah is said to have threatened the Electoral Commission saying ''people who are already Ghanaians and already registered are going to be taken out of the register, don't you think confusion will come at the registration and if confusion come there, you think the EC staff will be safe, we will beat each other there, we will kill each other there if that is what the EC want to lead this nation to''.

Major Osahene Boakye Gyan (rtd), on the other hand, challenged the EC's decision to use only the Ghana card and passport for the new voters' registration exercise, and cautioned by pointing out that most electoral disputes in Africa have resulted in civil wars and Ghana is not immune to it, and further warned that "should the EC continue to toe the line of their paymasters, it will certainly spell doom for this country."

" . . it is political motivation that led to the dismissal of Madam Jean Mensah as the EC Chairperson by the current administration. They want to beef up the numbers so they can win simply because they don't have confidence in their winning numbers, otherwise they won't tamper with it...But more importantly...post-independence Africa, all crises and civil wars have been on the back of disputed electoral results. What they are doing now, they are driving us into a civil war and if they want it, they will get it," he screamed.

Why Should People Die?

Speaking on Peace FM's ''Kokrokoo'', Mr Owusu who is also an aide to the Chief Executive Officer of the Forestry Commission, rebuked these political figures and warned others to refrain from making comments that seek to beat ''war drums'' in the country.

''Sometimes, what is sad is when a person who has had the opportunity to lead this nation in various capacities, whether serving as a Minister, Chief Executive or any leader wishes doom for this country, forgetting that it is through this nation that they became prominent. In fact, what happens when we conclude the voting process? Someone will become President and so what? What really happens that is so extraordinary that a person must die before somebody becomes President in this country? We can't preside over nothing, you can't rule over nothing apart from people. We are here because of others...So, if you are going to rule over people, then why should the people die before you become a ruler?'' he questioned.