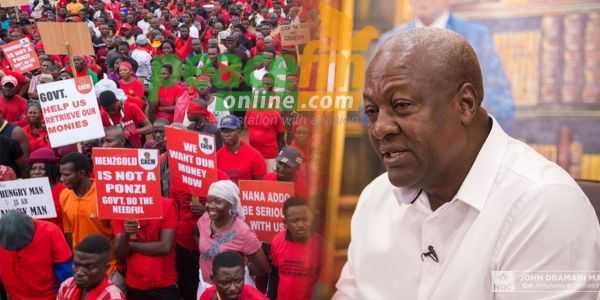 NPP National Youth Organizer, Henry Nana Boakye, has spelled doom for the opposition National Democratic Congress, stating the party will pay dearly for objecting to the compilation of a new voters' register.

He believed the NDC will regret their actions during the December polls this year.

According to Nana Boakye, the hierarchy of the National Democratic Congress (NDC) is afraid of a low turnout of their members during the EC registration exercise and eventually the general elections because of their poor leadeship.

He stated the NDC ordered their members and supporters to abstain from the National Identification Authority's (NIA) exercise for identity cards called the Ghana card and is therefore reaping what they sowed.

He further diagnosed the NDC's problem saying it has a leadership crisis.

''They have not shown leadership at all. They are going to regret it. They're going to pay for it and when the day of reckoning comes and when we are done with the elections, and they have been declared losers; they will go back and write a report. They will go round again and go to their branch members and their branch members will remind them that they didn't allow them to write their names when the NIA began the process of writing names, and that is why we suffered when the mass registration exercise was due and that is how we have lost woefully again. This is poor leadership'', he said on Peace FM's ''Kokrokoo''.


Listen to his submissions below: