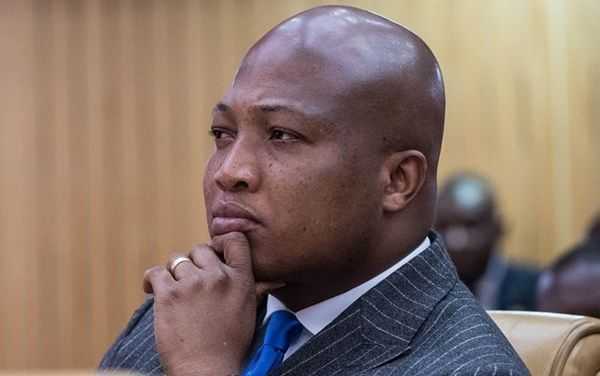 Member of Parliament for North Tongu Constituency in the Volta Region, Hon Samuel Okudzeto Ablakwa has described the military deployment in Volta Region ahead of the voter registration exercise on Tuesday, 30th June 2020 as deliberate profiling and discrimination against people of Volta Region.

According to him, the military deployment in Volta Region is intentional and targeting only Voltarians [people of Volta Region].

Speaking on Okay FM’s Ade Akye Abia Morning Show, the Deputy Minister of Education in charge of Tertiary said it was wrong for K.T Hammond to conclude that Voltarians and Togolese are of the same ethnic descent. He also dismissed claims that there is empirical evidence to show the voters' register contains names of foreign nationals including some Togolese.

“Listen to K.T Hammond saying that Voltarians and Togolese are the same tribe; he does not understand the ethnic formation of our country. It is not every ethnic group in Volta Region that have a linkage with Togo; he should know that...

The North Tongu MP pointed out that it was rather the then EC boss Dr Afari Gyan who provided evidence of minors having infiltrated the voters' register.

“There were minors, according to EC boss, who showcased their pictures in the register; and this was for the entire country and not only in the Volta Region. And everyone was cleraly shocked that EC officials could allow such minors to go through and complete the registration process in the first place,” he recalled.

To him, the claim of Togolese nationals in the voter’s register was first peddled by Dr Mahamudu Bawumia at a press conference prior to the 2016 general elections.

“ . . Dr Bawumia held a press conference and said that the NPP has discovered some number of Togolese on the register and he even said he just put out 10 percent of the names and then later will add the 90 percent but up to now, he has not been able to do it in more than 5 years and we are still waiting for the evidence that he claimed he had.

“As we speak, the NPP has not made available a copy of that Togolese electoral register to us and that claim has absolute no merit; it was totally unmeritorious. Let’s put it out there that this claim that Togolese take part in voting in the Volta Region is part of a certain agenda against “Voltarians”, which is wrong,” he fumed.