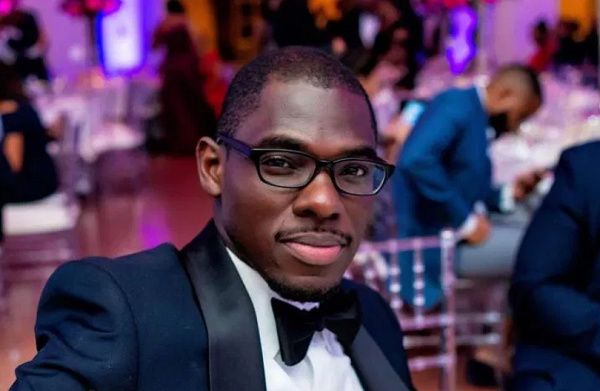 Born to Ghanaian immigrant parents, Kojo’s win in the primaries makes him also the youngest ever Democratic nominee from his District of Oklahoma.

Asamoa-Caesar polled 34,380 votes representing 63.6% of the total vote cast according to results published by the New York Times.

Announcing the landslide victory on his social media, Kojo wrote : “A hundred years ago, this wouldn’t have been possible. But today, because of all of you who exercised your right to vote, and voted for change—this is possible. Change is possible and change is coming. Thank you! Onwards to November!”

Inspired by his mother a nursing assistant and Dad, a taxi driver, Kojo is said to have greatly excelled in school and went on to study Communications at Old Dominion University.

His leadership begun in the University when he was elected student body president and founded T.R.U.S.T., an organization dedicated to developing young adults as positive change agents in their communities.

He also holds a degree from the second oldest Law School in the United States, College of William & Mary. In 2013, he took a job as Kindergarten teacher under the Teach America Organization and moved to Tulsa, Oklahoma after graduation.

Asked why he was running for office, he was quoted as saying “I am running to champion solutions that meet the urgency of our problems.”

Kojo served as the founding principal of Greenwood Leadership Academy, an elementary school in North Tulsa. Prior to his campaign for congress, he served as interim executive director at 36 Degrees North, a co-working space that serves as Tulsa’s basecamp for entrepreneurs, serving over 500 members representing over 47 different industries.

He lives in the Ogan’s Circle neighborhood with his wife, Onikah, newborn baby girl Hadassah, and their two rescue dogs, Simba and Zazu.

Kojo will face his Republican opponent in November in an attempt to turn the district into a Blue district for the Democratic Party.

When the primary election results come in on June 30, were we to win, it would represent a few firsts for a nominee in Oklahoma’s 1st Congressional District: . . -First ever Black person to win nomination -First ever first-generation American -First ever Ghanaian-American -First ever resident of North Tulsa -Youngest ever Democratic nominee I am well aware that I represent a threat to the established order in Oklahoma—to the status quo, to the way things have always been. A commenter on one of my posts remarked: “I guess we have another Trouble Maker going to run for office. Tulsa doesn’t need anyone else stirring the pot. We have gotten along for too many years now to start trying to ignite trouble.” Well, as civil rights hero, John Lewis, often reminds us: “There’s nothing wrong with getting into some good trouble.” That’s how progress happens. Well behaved people rarely make history. The time has come for us to be more devoted to justice than to unjust “law and order.” We must prefer a positive peace, which is the presence of justice, over a negative peace, which is the absence of tension. Change is happening, because constructive conversations are taking place, on social media and around the kitchen table, and people are paying attention. This moment feels different. In our personal lives we understand that growth happens when we get outside of our comfort zones. The same principle applies to our collective growth as a community. We mustn’t fear nor resist change, because on the other side of it, is everything we’ve ever wanted—an America as good as its promise. #kojoforcongress #changeiscoming