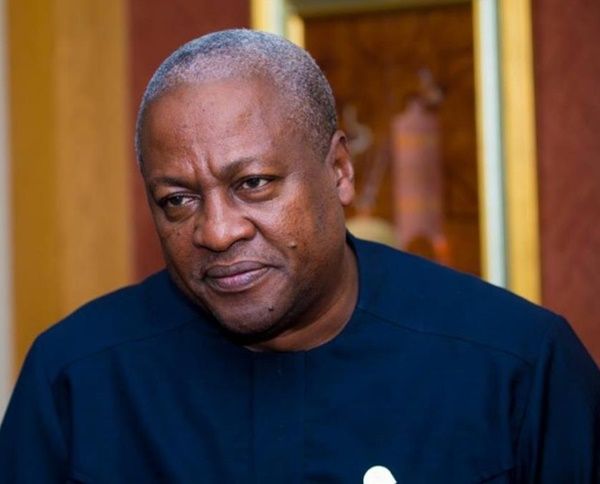 The flag bearer of the National Democratic Congress (NDC), Mr John Dramani Mahama, has said the party has a proven track record of providing capable leadership even in times of adversity.

He jabbed the New Patriotic Party (NPP) administration for failing to meet the expectations of Ghanaians, saying the NPP had no basis to ask the electorate to give them another term.

Addressing a meeting of his campaign team in Accra last Saturday, the former President expressed concern that at a time when people needed leadership the most, it seemed to be missing in the country.

A statement from Mr Mahama’s office signed by the spokesperson of his campaign team, Mr James Agyenim Boateng, said the flag bearer urged members and supporters of the NDC to work hard for victory in the December election so that leadership could be restored to the nation.

Mr Mahama expressed his gratitude to the national executives, as well as members and supporters of the party for supporting his nomination of Professor Naana Jane Opoku-Agyemang as his running mate for this year’s presidential election.

On June 6, 2020, Mr Mahama nominated Prof. Opoku-Agyemang, who was the Minister of Education in his administration and Ghana’s first female Vice Chancellor of a public university, as his running mate for the December 7, 2020 presidential election.

During the meeting with his campaign team at the weekend, Mr Mahama pointed out that women had long proved themselves as equally qualified and very capable of taking on the mantle of leadership at the highest levels.

He said his nomination of Prof. Opoku-Agyemang was a good example of the amplification of women who had worked hard to be where they were, “and not tokenism”.

“The former university don deserves the position of running mate by dint of her hard work and track record both as Minister of Education and Vice Chancellor of the University of Cape Coast,” the former President said.