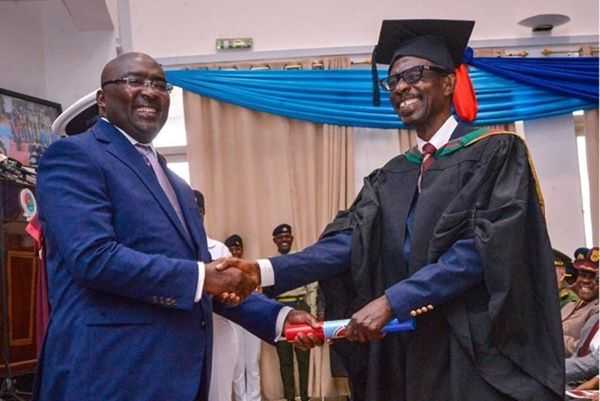 The comparitive analysis of economic achievements between former President John Mahama and President Akufo-Addo championed by the Vice President Dr Mahamudu Bawumia, has been described as symptoms of a deeply frustrated person.

To Johnson Asiedu Nketia, General Secretary of the opposition National Democratic Congress (NDC), Dr Bawumia is acting out frustrations through a display of concert party antics by the fielding of such economic questions.

Speaking on Okay FM’s Ade Akye Abia Morning Show, he opined that Dr Bawumia appears not to be conversant with his duties as Vice-President.

“He is still displaying concert party antics . . . the devil finds work for idle hands. Because he does not know his job description, he is jumping all over the place trying to fit into the governance system," Asiedu Nketia slammed.

He added that “in one breath, he is an examiner asking questions and at another point in time he is an Economist talking about economic issues. This is a sign of frustration; he really does not know why he is a Vice President. If you don’t know where you are going, any road will take you there”.

The NDC Chief Scribe however said that his party is focused and will not allow Dr Bawumia’s frustration to mislead them to engage in any frivolous economic banter, and charged him (Vice-President) to go and seek out his co-equals.

Former President Mahama has been making a series of promises in an attempt to woo Ghanaians, but in a post on his official Facebook page, Dr. Bawumia reminded the former President that Ghanaians will judge him by his "terrible record as President", not by his new-found promises.

"It is not about what you say in opposition. It is about what you did in government. What matters ultimately to Ghanaians is how these two leaders were able to manage the economy and alleviate the suffering of the people when they were given the opportunity to serve," the Vice President wrote.