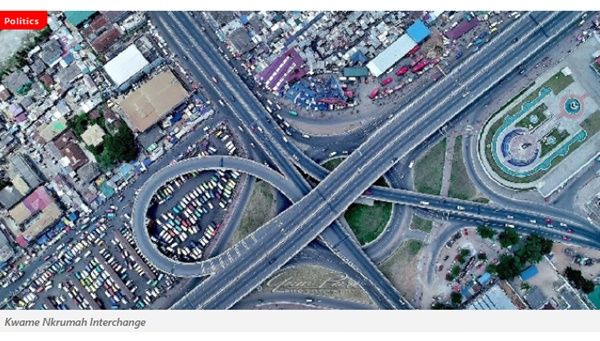 Read the NDC’s list of Mr Mahama’s achievements below:

1. He deployed emergency plants and speed up the completion of ongoing plants resulted in the addition of more than 800 megawatts (MW) of power within 18-months.

2. In addition to the Energy Sector Levy and ongoing works to restructure the legacy debt of the power utilities, which helped to stabilise the power situation.

5. The ATMA project have expanded access to urban water supply in the capital, Accra.

John Mahama’s tenure of office had some of the most massive investments in the road sector in the history of the country. Some of the road projects include;

17. Asphalt overlay of roads in regional and district capitals

18. Cocoa roads across the country

20. New bridge from Flower Pot Roundabout on the Spintex Road over the Accra-Tema Motorway to East Legon.

Projects ready to commence, such as

Expansion of the Takoradi and Tema Harbours

Central Markets in Kumasi and CapeCoast

25. John Mahama’s government inherited an economy that was running a high deficit, with increasing inflation and interest rates characterised by a rapidly depreciating currency.

He recalled the forum at Senchi and said it was an attempt to forge a consensus for a home-grown fiscal consolidation programme, noting that the outcome eventually became the basis for the International Monitory Fund (IMF) Extended Credit Facility (ECF) programme that the country was implementing.

26. During his tenure in office, a large number of health professionals trained under his administration to improve the healthcare delivery system of the country.

28. The expansion in the utilisation of the National Health Insurance Scheme (NHIS). In 2015, the out-patient utilisation of NHIS stood at 29 million, up from nine million in 2008.

The NHIS, on the whole, had also been improved under his administration to ensure that people, including the vulnerable, had access to quality healthcare.

The second phase of the Tamale Teaching Hospital Expansion Project

Five 30-bed polyclinics to be sited at Adentan, Ashiaman, Bortianor, Oduman and Sege all in the Greater Accra Region.

37. His administration helped cushioned the poor and vulnerable, many social protection programmes were introduced.

38. The number of people benefitting from schemes such as the School Feeding Programme, the Livelihood Empowerment Against Poverty (LEAP) and the Eban card, had been expanded to cover majority of the poor and vulnerable population in the country.

39. The John Mahama government continued to support the provision of free textbooks and uniforms to pupils in public schools, and it has restructured and enlarged the school feeding program.

40. The provision of 10,000 free sandals to eligible pupils. This was his initiatives to follow through on raising the quality and inclusiveness of education for everyone in Ghana.

41. The school shift system, through which pupils run shifts due to lack of adequate classrooms, has now been eliminated in many of our communities. In Wa, Sunyani, Tarkwa, Dansoman, Krachi Nchumuru in the Oti Region and many other areas, school children can no longer skip school to play truant in the name of the school shift system.

42. In the area of Accelerated ICT Education, his administration improve upon ICT at the basic level, 81,000 basic school teachers were trained to enable them acquire the requisite skills in the use of ICT in teaching and learning.

A total of 54,500 laptops were procured and distributed to basic school teachers and 60,000 laptop computers were distributed to public schools across the country.

The Chartered Institute of Taxation Act, 2016,

44. To facilitate the management of education delivery the Mahama led administration procured and distributed 500 vehicles to the educational institutions-senior high schools, universities, colleges of education and polytechnics.

45. In terms of School Infrastructure – A total of 1,856 out of 2,578 basic school projects have been completed under the Schools Under Trees programme. The remaining was due for completion. A number of teachers bungalows, education offices, sanitation blocks and 203 out of 232 classroom blocks includes the SHS E block have been completed.

Job creation must also be supported by the expansion of opportunities in the agricultural sector. There is the need to secure sufficient supplies of food at affordable prices. Following our strong commitment to the modernisation of agriculture;

46. The government of Mahama increased the number of rice maize, yam harvesters. Additional emphasis has been put on grain storage facilities and the creation of boreholes for agricultural purposes.

48. His achievements include reviving cotton farming in the Northern Ghana.

49. Between 2009 and 2011, the government also rehabilitated several irrigation dams in the Greater Accra, Volta, Ashanti and Brong Ahafo Regions.

In line with the Government’s determination to develop sports infrastructure,

Housing: Mahama government continues to invest heavily in the area of housing in a bid to bridge the housing deficit. An aggressive affordable housing programme has been rolled out to provide more Ghanaian families in the lower to middle income bracket with decent homes. The programmes being undertaken in this regard are –

53. The Affordable Housing Project at Saglemi in the Ningo-Prampram District of the Greater Accra Region.

54. “Nyame dua” Estates Under a PPP arrangement, Messrs Sethi Realty Limited has been allocated 95 acres of land at Kpone for the construction of 5,000 affordable housing units, branded “Nyame Dua” Estates.

55. Security Services Housing Scheme Phases 1 and 2 Government’s commitment to provide decent housing for the security services has been given meaning through the completion of 168 housing units with related infrastructure in Tema.

59. Police Housing Project Government, through a Public-Private Partnership, at Cantonments in Accra. 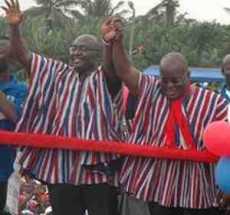 Ghana's Vice President Dr Mahamudu Bawumia has listed 50 reasons why he says President Akufo-Addo has been a better President than John Mahama.

In a Facebook Post, Dr Bawumia urged the Ghanaian electorate to compare the records of both leaders before deciding who to vote for on December 7.

According to him, what matters ultimately to Ghanaians is how these two leaders were able to manage the economy and alleviate the suffering of the people when they were given the opportunity to serve.

"It is not about what you say in opposition. It is about what you did in government. What matters ultimately to Ghanaians is how these two leaders were able to manage the economy and alleviate the suffering of the people when they were given the opportunity to serve".

It is not about what you say in opposition. It is about what you did in government. What matters ultimately to Ghanaians is how these two leaders were able to manage the economy and alleviate the suffering of the people when they were given the opportunity to serve.

2. John Mahama presided over a decline in agriculture. Nana Akufo-Addo increased agricultural output and Ghana is currently exporting many food items as a result of the planting for food and jobs initiative.

6. John Mahama presided over high exchange rate depreciation. Under Nana Akufo-Addo the depreciation of the cedi has been reduced by 50%.

10. As a result of economic mismanagement, John Mahama took us to the IMF for a bailout and Nana Akufo-Addo successfully exited Ghana from the IMF program.

12. John Mahama presided over four years of dumsor. Nana Akufo-Addo has kept the lights on.

13. John Mahama did not provide any relief and even increased electricity prices during dumsor. Nana Akufo-Addo has provided free electricity for lifeline consumers and free water to all for 6 months during COVID-19

15. John Mahama presided over massive graduate unemployment. Nana Akufo-Addo has created jobs for graduates in the private and public sectors including the Nation Builders Corps (NABCO).

29. John Mahama could not implement a comprehensive address system for Ghana. Nana Akufo-Addo has implemented the National Digital Property Address System for Ghana

35. John Mahama presided over a bureaucratic process and delays in pensioners obtaining pensions from SSNIT. Under Nana Akufo-Addo the process has been streamlined and expedited with no hassle for pensioners.

36. John Mahama presided over a manual process of buying credit from ECG. Under Nana Akufo-Addo, it is easier to buy electricity through the ECG mobile App being used by 2.8 million customers.

39. John Mahama presided over a collapsing NHIS with over 12 months arrears to NHIS service providers. Nana Akufo-Addo has rescued the NHIS and reduced the arrears to the normal 3 months.

40. John Mahama presided over a system where people had to queue and wait for days to renew their NHIS membership. Nana Akufo-Addo has made it easier for the renewal of NHIS membership through mobile phones

41. John Mahama presided over a manual process of clearing goods at the ports. Nana Akufo-Addo has introduced a paperless process at the ports and reduced clearing time.

46. John Mahama could not resolve the long standing chieftaincy dispute in Dagbon. Nana Akufo-Addo’s government promised to and has resolved the dispute and brough peace to Dagbon.

49. John Mahama could not implement Free SHS. Nana Akufo-Addo promised to and has implemented Free SHS. 1.2 million children have benefited, many girls and boys have been taken off the street, parents have been relieved of the burden of school fees.

50. John Mahama presided over a mismanaged and collapsing financial system. 82 licensed financial institutions (listed below) collapsed under JM’s watch (were they deliberately collapsed by his government?) and the depositors were not paid. Nana Akufo-Addo on the other hand has rescued the financial system and spent GHC 21 billion to save the deposits of 4.6 million depositors who would otherwise have lost their savings. DKM depositors will also be paid.