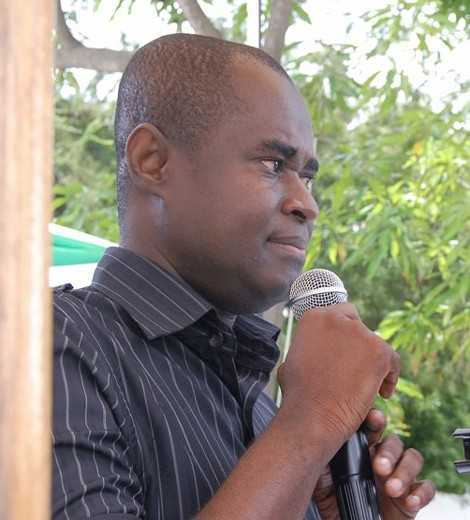 Former President, John Dramani Mahama has reacted to a Facebook post by Vice President Dr. Mahamudu Bawumia which compares the track records of the former President and that of President Nana Addo Dankwa Akufo-Addo.

The Vice President outlined the failures of the erstwhile Mahama government which saw Ghanaians voting for the current administration.

According to a press statement issued by the former President's Campaign Spokesperson, James Agyenim Boateng, and copied to Peacefmonline, Dr. Bawumia's post is a diversionary and comical tactic to distract the people of Ghana from the economic mismanagement of President Nana Akufo-Addo and his government.

''We have become aware of a Facebook post by Vice President Mahamudu Bawumia, who is the Chairman of the Government’s Economic Management Team (EMT), which clearly seeks to divert attention from the pressing issues that are engaging Parliament and the people of Ghana in relation to the 2020 Mid-Year Budget Review under section 28 of the Public Financial Management Act, 2016 (Act 921). This deliberate and comical attempt by Dr Bawumia to divert attention is as a result of the immense pressure he has come under after paling into insignificance following the selection of Prof. Naana Jane Opoku-Agyemang as Running Mate to Mr John Mahama in the December 2020 elections''.

Mr. Agyenim-Boateng further said Dr. Bawumia made his post to sway attention because he's afraid of the Running Mate of John Mahama.

''Prof. Opoku-Agyemang’s sterling presentation at Monday’s ceremony in Accra, where she was out-doored as Running Mate, and her understanding of the challenges confronting our country, as well as her realistic and concrete achievable policy response to some of these challenges have clearly unsettled the Vice President. Whilst Dr Bawumia prefers to focus on his maligned economic analysis, Prof. Opoku-Agyemang has chosen to focus on the critical issues of the economy, which bother on the quality of life of Ghanaians. It is instructive for the Vice President, who is the head of the EMT, to note that there is a vast difference between economics and the economy. Whilst economics focuses on the vexed matter of indicators, the economy focuses on measures aimed at improving the quality of life of the people, such as reducing child mortality, improving access to quality education, improved healthcare delivery, maternal mortality, creating equal opportunity and sustainable jobs.

It is obvious that this elevated level of political discourse leading into the 2020 election is one that Dr Bawumia is ill-equipped to deal with and he is therefore desperately forcing his status quo to remain. Whilst it is important to digitise and improve the quality of public service delivery, it is not a substitute for the difficult task of building infrastructure and social systems to anchor the development of the country. There are therefore measures to determine the success or otherwise of digitisation and public service improvement. The World Bank’s Ease of Doing Business Report and the Corruption Perception Index (CPI) are internationally accepted standards of measuring how effective supposed improvements have impacted service delivery.''

''Ironically, whilst the Vice President continues to tout his so called digitisation agenda, the capacity of the public sector to support the private sector to improve Ghana’s business environment has consistently worsened. On the watch of President Akufo-Addo and Dr Bawumia, Ghana recorded its worse Ease of Doing Business ranking of 120 in 2017, moving from 108 in 2016. The 2019 ranking puts Ghana at 118. Whilst President Mahama’s worse performance was 114 in 2015, it is important to note that President Akufo-Addo’s best performance, with Dr Bawumia as the head of the EMT, is 114 in 2018. Put simply, Akufo-Addo and Bawumia’s best record on the Ease of Doing Business ranking does not even surpass Mahama’s worst record on that ranking'', the statement read.